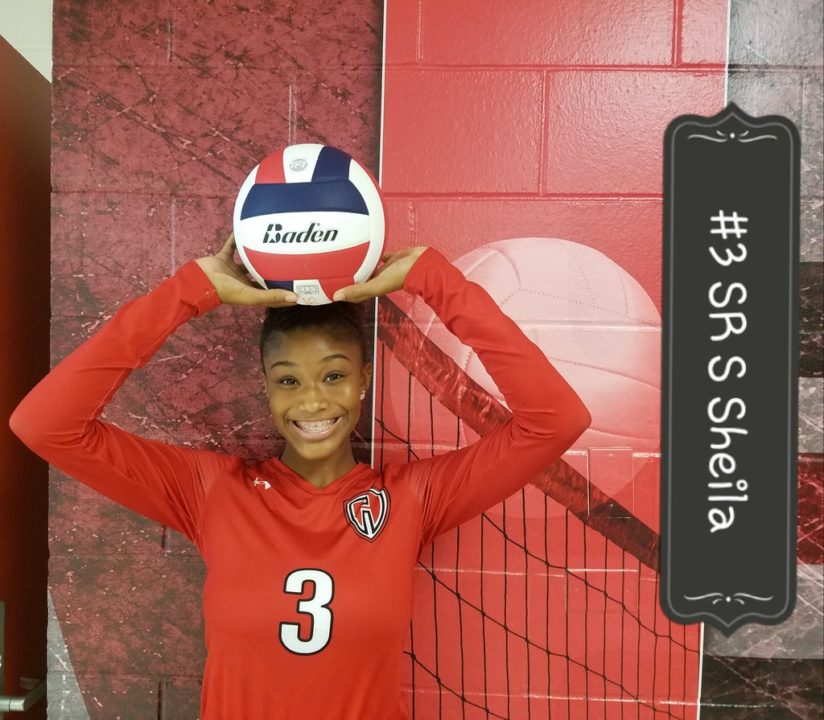 High school recruit Sheila Borders has committed to Grambling State University as part of the class of 2018. A current senior at Harker Heights High School in Texas, Borders also plays with Texas Eclipse on the club side of things.

Congrats to our very own setter @_sshheeiillaa_ on her verbal commitment to continue her education & volleyball career at Grambling! #D1 ?? pic.twitter.com/vOvqwwO9Ey

A 5’8″ setter, Borders second position via her NCSA page names her as a right side. That said, with her height she could also be used as a defensive specialist. Beyond that, that same NCSA page lists Borders as having a 9’5″ approach and 9’3″ block, as she is a key player for both her high school and on the 18 Black team via Texas Eclipse.

So far in 2017, Grambling State is 14-19 and 8-7 in Southwestern Athletic Conference play. They have three setters, two right sides and five defensive specialists on the roster. Notably in that group is Diemend Richardson, a senior setter who leads the team in assists per set and graduates when Borders comes in.

Video of Borders’ play can be seen below via YouTube:

She is magnificent and I wish her continued success

Awesome ? she is magnificent