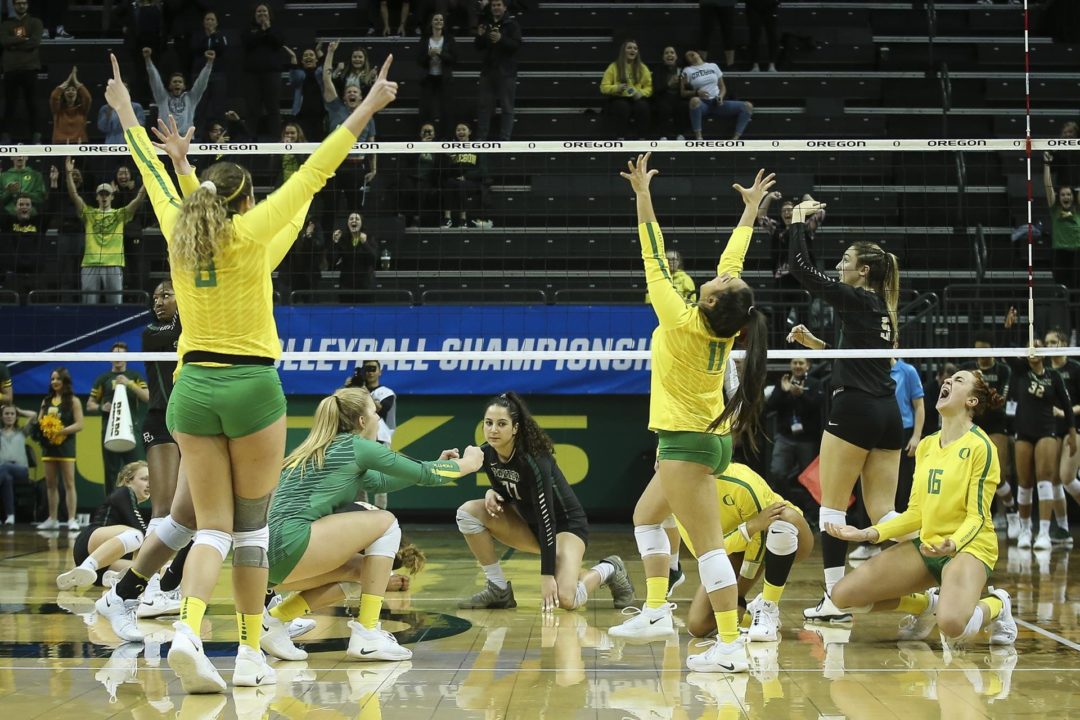 Oregon pulled off maybe the upset of the tournament in downing Minnesota to finish the year in the VolleyMob Top 10. Archive Photo via Oregon Athletics

One week remains in the season – yikes. But also, we get to crown a champion. We had mostly chalk in the latest rounds, but one upset from Oregon over Minnesota changes up the rankings a tad. Heading into Final Four weekend though, here’s what we’ve got: