A group of state representatives stepped up to try to provide alternate solutions to the UNM board to stop the elimination of four sports including beach volleyball.

Beach volleyball is one of 4 sports scheduled to be phased out as a result of a $1.9 million deficit-reduction plan 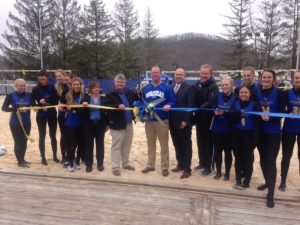 Morehead State officially cut the ribbon on Breadstick Beach on Monday, but Austin Peay crashed the party with two 5-0 sweeps. 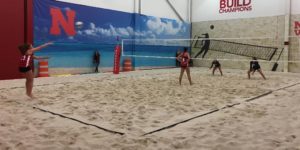 Both teams are their states’ only NCAA beach volleyball programs, making Friday’s match even more significant than just the result. 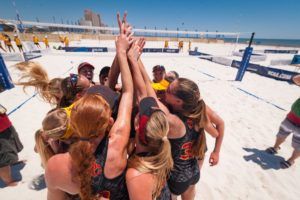 USC keeps the top spot of the NCAA Beach Rankings to begin the 2018 season after finishing on top in 2017 after winning their third straight National Championship.

Logyn Hinds, a sophomore (class of 2020) at Lake Ridge High School in Mansfield, Texas, has verbally committed to play…

The 2018 U.S. Collegiate Beach Championships will return to Hermosa beach in southern California from May 9th-12, 2018. This will…

The Big Ten Conference on Wednesday recognized a total of 1,644 students competing in spring and at-large sports who have…

Pepperdine’s No. 4 pair is atop Pool B after winning both of its matches at the USA Volleyball College Pairs Championship on Thursday.