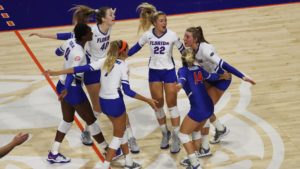 Florida Punches Ticket to Sweet 16 with Sweep of FGCU

The Florida Gators swept the Florida Gulf Coast Eagles on Friday night in The Venue during the second round of the NCAA Tournament to advance to the regional semifinals for the 24th time in 29 previous tournament appearances. 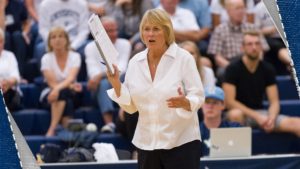 University of New Hampshire head volleyball coach Jill Hirschinger, who guided the Wildcats to seven America East Conference regular-season and tournament championships, will conclude an illustrious head coaching career that spanned 40 seasons, including the last 23 at the helm of the Wildcats.