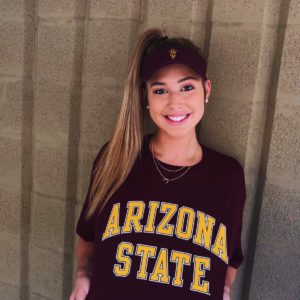 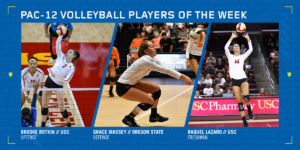 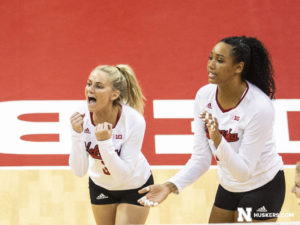 Megan Miller (left) and Jazz Sweet (right) celebrate a point in the Huskers’ 3-0 win over Oregon. Class of 2019 recruit Maddi Kriz has committed to Stanford Beach for the 2020 season. 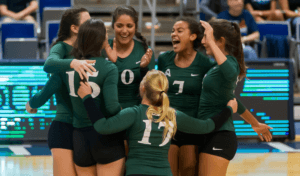 Cal Beach will have a reinforcement from Wake Forest’ indoor team for 2019.