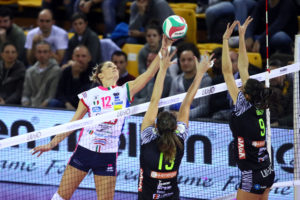 Tsvetan Sokolov was back starting for Lube in their sweep of Ravenna.

Nimir Abdel-Aziz is out of the lineup with suspected back problems.

The Italian professional volleyball season kicks off this weekend with the Italian SuperCoppa.