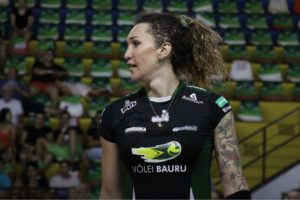 Allison Sawatzky and Joslyn Hayes traveled far from home to start off their professional careers, as they made their way…

After many doubted she could still play at a high level due to her ACL surgery and long recovery time with Barueri, Skownronska proved she is still an offensive powerhouse.