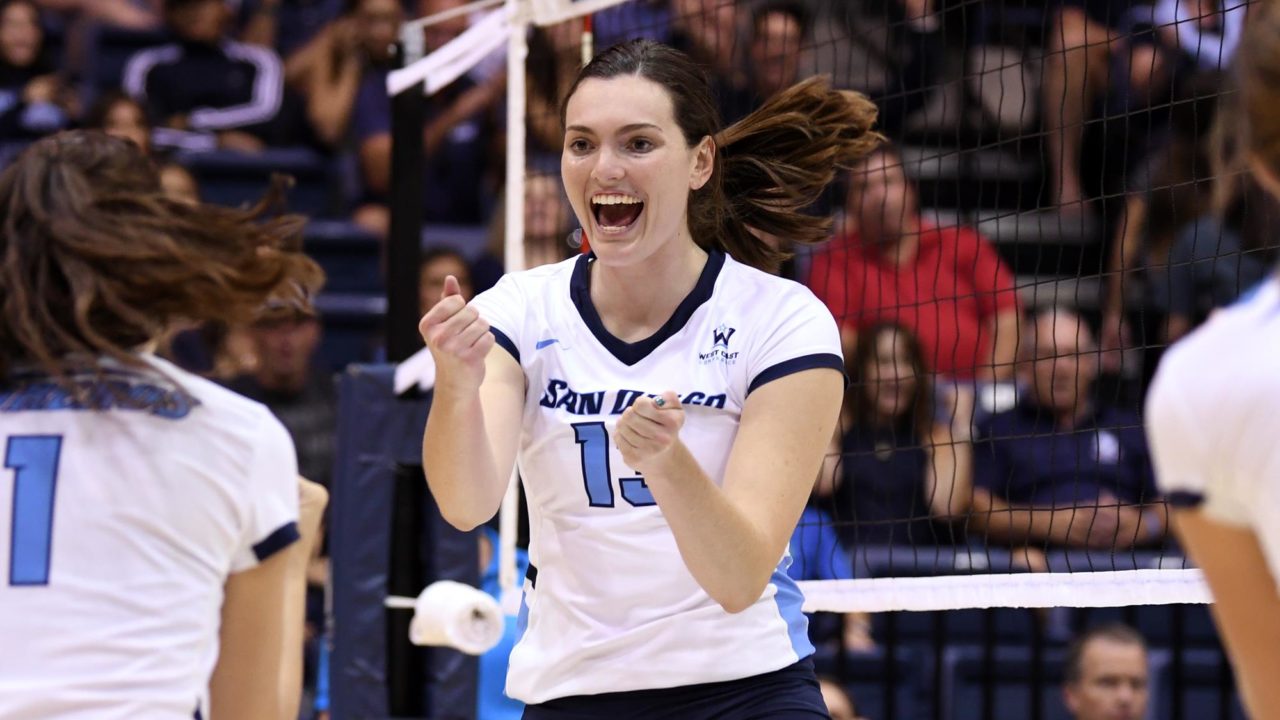 No. 22 San Diego registered its first win of the season Saturday, and it was a big one. The Toreros upset No. 13 Baylor in 4-sets to get into the win column. Current Photo via San Diego Athletics

No. 22 San Diego registered its first win of the season Saturday, and it was a big one. The Toreros upset No. 13 Baylor in 4-sets to get into the win column.

The Toreros were excellent late in sets and closed the door on No. 12 Baylor.#GoToreros pic.twitter.com/PZheHlwIiD

The Lady Bears began the match with a 5-1 run, but San Diego fought its way back into contention late. Trailing 21-19, the Toreros went on a 6-1 run to steal the set, 25-21. With the score knotted at 8-8 in the second set, San Diego scored 3-straight points to jump ahead. Baylor brought it back within 1, but the Toreros withstood the push to earn a 25-18 win.

Both teams played through 9 ties in the third set before Baylor rattled off 6-straight points for a 20-14 lead. The Lady Bears held on from there, extending the match with a 25-18 win.

There were 13 ties in the fourth, deciding set, but the Toreros broke the late 23-23 knot with a kill by senior Lauren Fuller and a Baylor attack error to key the upset, 25-23.