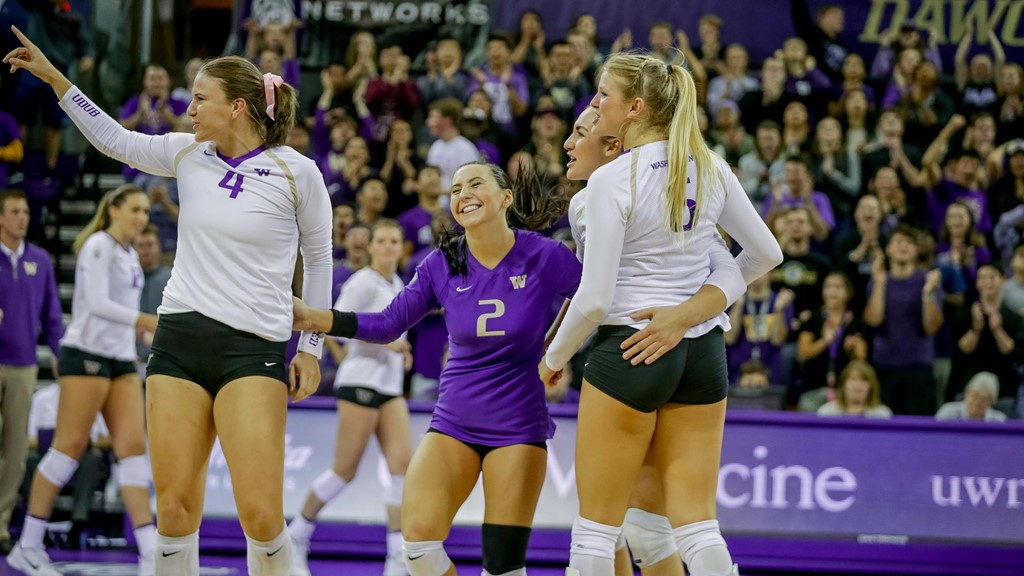 #9 Washington hosts #2 Stanford as they look to give the Cardinal their first Pac-12 loss; November 8 Preview Archive Photo via Washington Athletics

Seattle plays host to a top-10 matchup between last year’s Pac-12 champ and this year’s front-runner as the Huskies try to give the Cardinal their first conference loss.

Washington was close to handing Stanford a loss a few weeks back in Palo Alto, as the Huskies just fell short in the fifth set after leading 2-1 in sets. In the loss, Washington out-blocked Stanford and had 16 of them as a team. Carly DeHoog had seven individually, good for second on the team, in addition to her team-high 15 kills. She will need another big performance in this one as they look for their biggest win of the year.

Stanford is just two matches away from clinching at least a share of the Pac-12 title, but with a win in this one and a USC loss during the week could get it that way as well. The Cardinal came back in the first go-around with Washington and even against a strong defense hit .263 for the match. That was led by Tami Alade in the middle, who was second on Stanford with 14 kills while hitting a team-best .632.

Iowa is sitting on the NCAA Tournament bubble with an RPI of 44, and could really score a monumental win by upending the number one team in the country on their home floor. For Penn State, they look to keep rolling both from a national perspective and in the Big Ten as they are still even with Nebraska but behind on tiebreaker atop the conference standings.