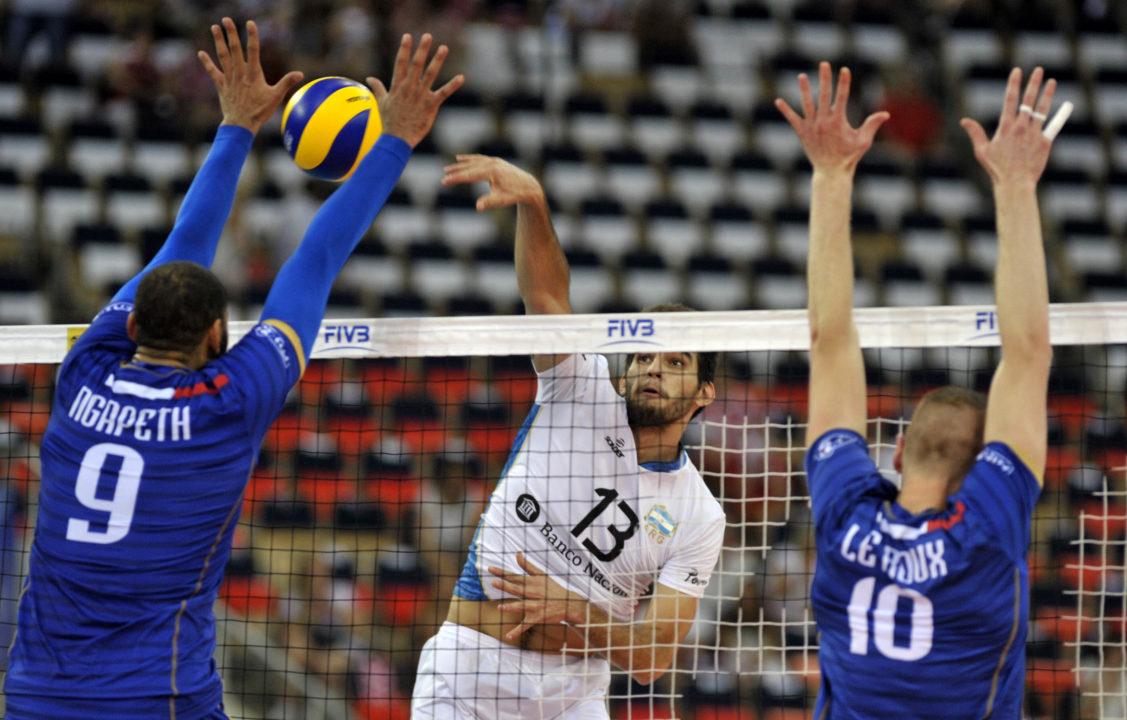 2016 Argentinian National Team member Ezequiel Palacios is headed back home, as he transfers to Ciudad Vóley. Archive Photo via FIVB

A 24-year-old receiver/opposite, Palacios stands at 200 cm (6’6″) and has even shown time as a setter. He was not part of his national team for the 2017 World League, although he did participate in the 2016 version as well as the Rio Olympics. He also grew up in Argentina’s national program, as he won silver at the Youth’s Olympic Games Singapore 2010 and was on a Gold-Medal winning team at the 2015 Pan-American Games Toronto. He will look to regain his spot on the team with more playing time at Ciudad Vóley after mostly serving as a backup with his previous team.

On the club side, he started with La Unión de Formosa on the junior side in 2009 where he eventually made it to the senior team. He eventually left in 2016 for Indykpol AZA Olsztyn, where he had been last season on a team that finished fifth in the Polish PlusLiga as they went 22-8 (65 points), just a spot short of the four-team playoffs. Instead, they played a fifth-place match and won to cement their place in the top-five.

Now, Palacios joins Ciudad Vóley, who was second in the Argentinian Serie A1 as they went 15-5 (45 points). However, after winning in the quarterfinal round, they were upset in the semifinals to end their season.