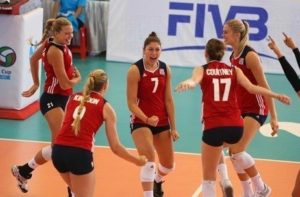 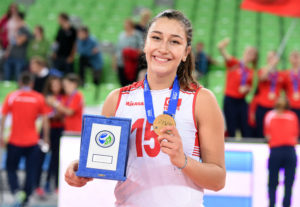 Hande Baladin will be playing for Galatasaray this coming season. 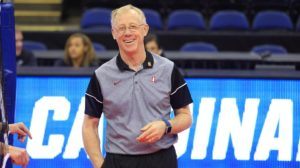 January began with the passing of a legend and included many personnel changes on the domestic and international stages as well as standout performances and milestone events.

Inky Ajanaku is a middle blocker from Tulsa, Oklahoma. She played for the Stanford University and was a part of the National Championship team in 2016.

Ajanaku attended Stanford Univeristy in 2013. She was named to AVCA All-America First-Team in 2013, 2014 and 2016. Due to a knee injury, Ajanaku missed the 2015 season but came back even stronger and was one of the key players that led Stanford to the 2016 NCAA Division I Women’s Volleyball Championship title. During her senior year, she was named to the NCAA Final Four All -Tournament Team and earned the Most Outstanding Player Award. She was also the Honda Award Winner and was nominated for an ESPY as the Best Female College Athlete.

After finishing her college career, Ajanaku signed her first professional contract with Volero Zurich that finished fifth in the 2017 European Champions League.