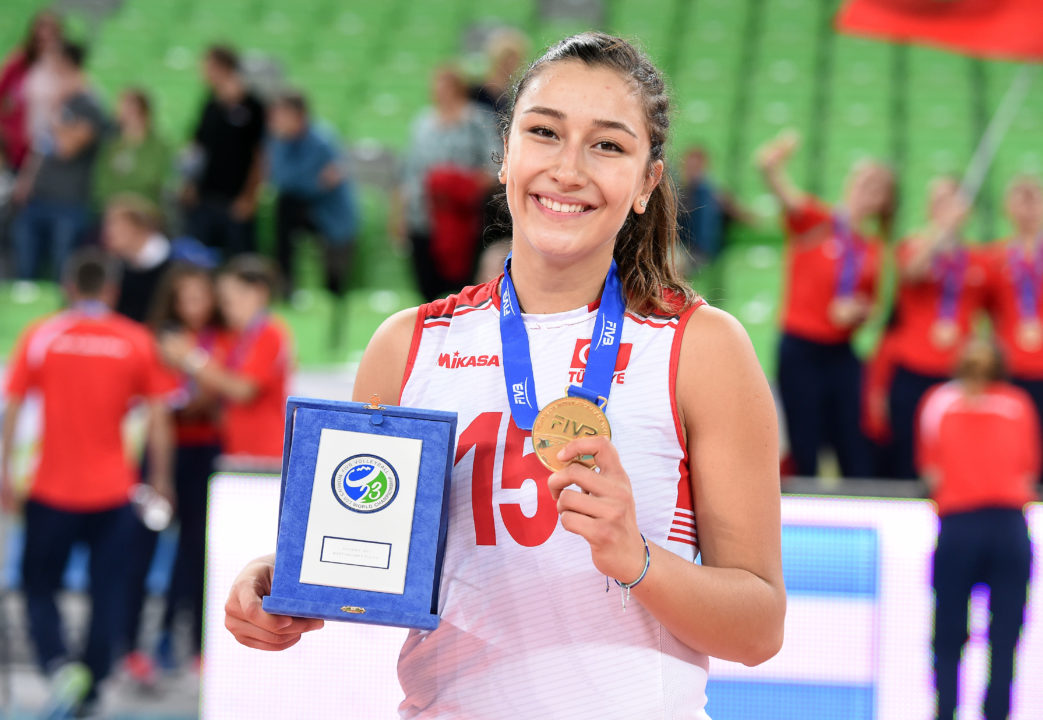 Hande Baladin will be playing for Galatasaray this coming season.  Current Photo via FIVB

Hande Baladin is on loan to Galatasaray for the 2018-2019 season. The U23 World Championship gold medalist played for Eczacibasi Vitra Istanbul this past season and won the 2016 Club World Championships with them. Standing at 6′ 2″, she has played outside hitter for Turkey’s national team since 2011 and won the bronze medal at the 2017 European Championships. Despite currently playing on the pins, she originally started as a middle blocker and was named the 2013 best blocker at the 2013 Girls’ Youth European Volleyball Championship where the team won a bronze medal.

Team manager Nalan Ural commented on the transfer saying: “Hande is one of the most valuable players who came out of our Youth Team. We green-lighted this move for Hande to get more game experience and play time. We wish her a successful season.” She will be joining American Inky Ajanaku, who has still been working her way back to full health after a lauded collegiate career for Galatasaray: a club that has routinely been near the top off the Turkish League but has never wont its championship.

The club played at last year’s Champions League Final 4, but after an injury to Tatiana Kosheleva (who has now departed for Brazil), they finished 4th place and were largely uncompetitive in that tournament.