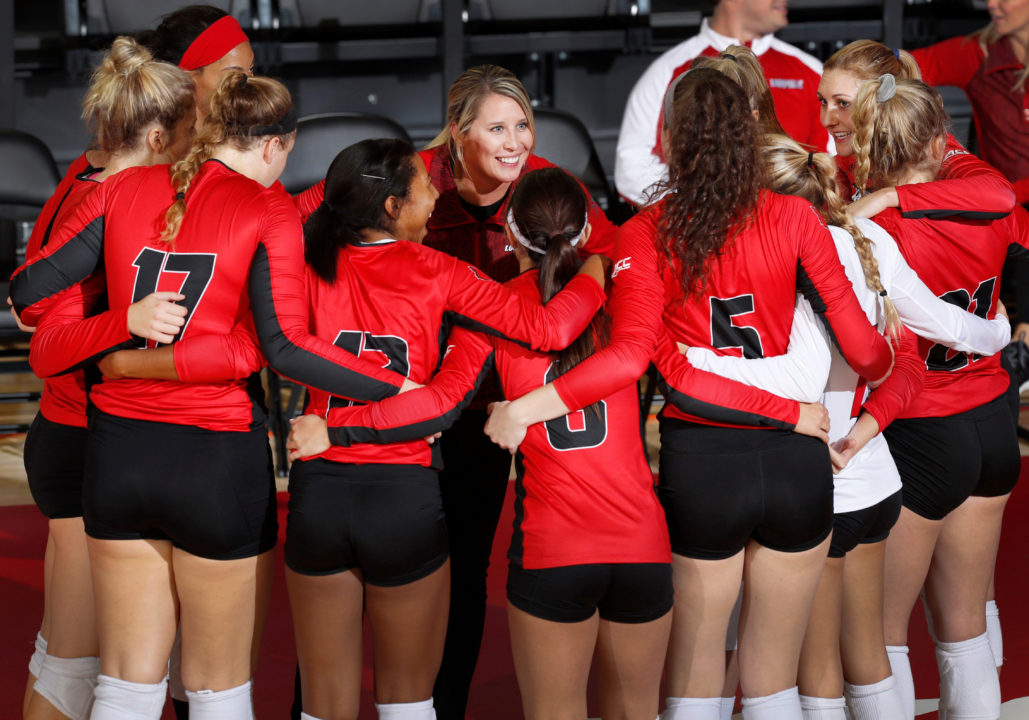 High school sophomore DS/L Ceci Rush becomes the fourth player to commit to Louisville from the class of 2020. Archive Photo via Louisville Athletics

High school recruit Ceci Rush has committed to the University of Louisville as part of the class of 2020. A current sophomore at Providence High School, Rush also plays for the Union Volleyball Club. She becomes the fourth commit on the Louisville 2020 recruiting class as well, as the Cardinals are getting things done early.

I am extremely excited to verbally commit to play volleyball at the University of Louisville. Thank you to my family, friends, and coaches who have helped me along the way with making this decision. Can’t wait to be a Card! #L1C4 ❤️??@danib18 @KolbyODonnell pic.twitter.com/YZD8A3Rqf6

A 5’6″ defensive specialist/libero, Rush logged 193 digs (1.9 per set) and 42 aces this past season for Providence High School according to her MaxPreps page. Her contributions were key as the Pioneers made it to the Indiana state 4A semifinals and posted an overall record of 37-2 for the season.

Rush isn’t the only Division I player from her school either, as Marissa Hornung from the class of 2018 will be attending Purdue next season. Just like Hornung, Rush is also part of the Union Volleyball Club, where she plays with Union 16-1 ASICS.

Louisville is currently in the midst of a 20-win season and look to be NCAA Tournament bound. Their 2017 roster contains three sophomores, meaning they will graduate to clear way for the four Louisville recruits now set for 2020 in Rush, Ayden Bartlett, Brooke Smith and Anna DeBeer.