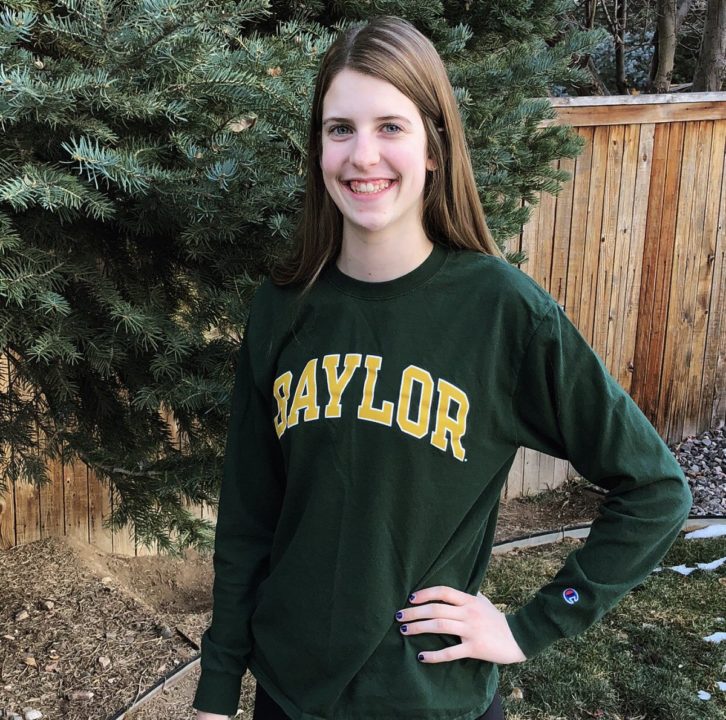 6'4" MB/RS/OH Cassie Davis has committed to Baylor as part of the class of 2020. Archive Photo via Cassie Davis twitter (@_cassiedavis_)

Versatile middle blocker and class of 2020 recruit Cassie Davis has committed to the Baylor Bears. A sophomore in high school, Davis will join the Bears come the fall of 2020.

A 6’4″ middle blocker who can also play outside hitter and right side, Davis attends Highlands Ranch High School in Colorado. She helped fuel a 19-6 season that included an 8-2 league record.

On the club side of things, Davis plays with Colorado Juniors. In 2017 she was with the 15Peer team with 2018 representing a spot with 16Kara. Some of her play with the squad can be seen below via YouTube.

Baylor finished 2017 with a 24-7 record and a second-place finish in the Big 12 at 13-3. They also made the NCAA Tournament’s Second Round after hosting in the opening weekend.

All four of Baylor’s returning middle blockers for 2018 will be juniors. That means they will all be on pace to graduate by the time Davis arrives in Waco.

I’m beyond blessed and excited to announce my verbal commitment to continue my education and play D1 volleyball at Baylor university! #sic’em ??? pic.twitter.com/FwPoGST8nC