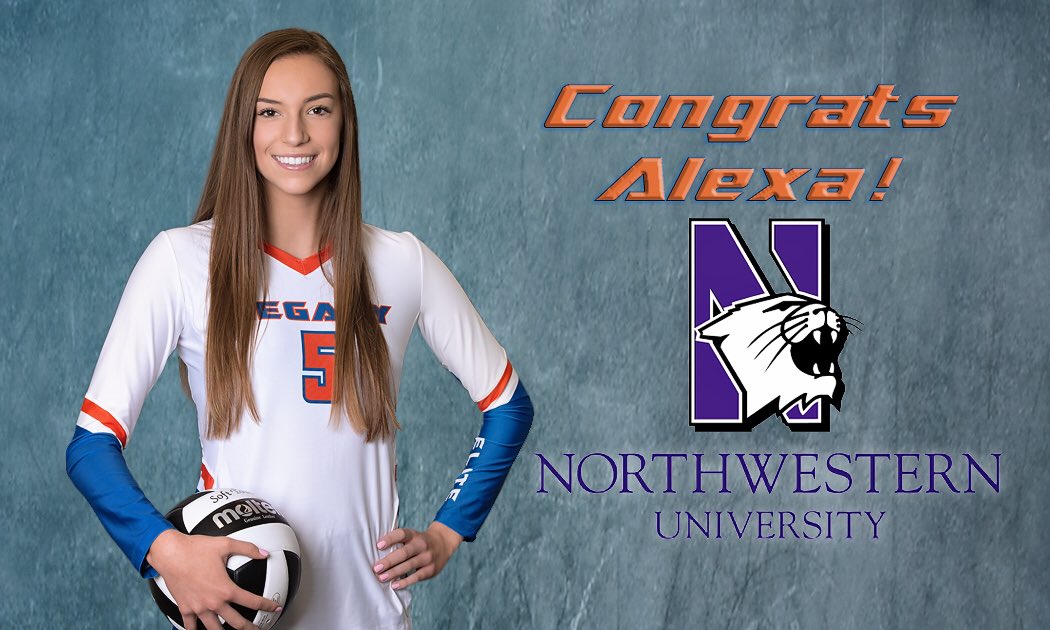 Class of 2020 setter Alexa Rousseau will head to Northwestern for her collegiate career. Archive Photo via Legacy Volleyball (@LegacyLvc)

Class of 2020 recruit Alexa Rousseau has committed to the Northwestern University women’s volleyball team. A native of Michigan, Rousseau is a setter that stands at 6’3″.

A sophomore at Bloomfield Hills High School, Rousseau helped the Black Hawks to a 35-12 season in which they fell in the District Semifinal round.

In the club ranks, Rousseau plays for the Legacy Volleyball Club and the Legacy 16 Elite squad. She becomes the fourth commit from her team headed to play Division I volleyball come the fall of 2020.

Northwestern is coming off of a 14-18 season in which they went 4-16 in Big Ten action. The only setter who would be on pace to return come 2020 and join Rousseau at the position group based on collegiate eligibility would be Britt Bommer, who was a freshman in 2017.

Congrats to Alexa Rousseau @alexaarousseau for committing to play volleyball and attend Northwestern University in the fall of 2020! Way to go Lex, we are so proud of you!! pic.twitter.com/b5rWH93PE7