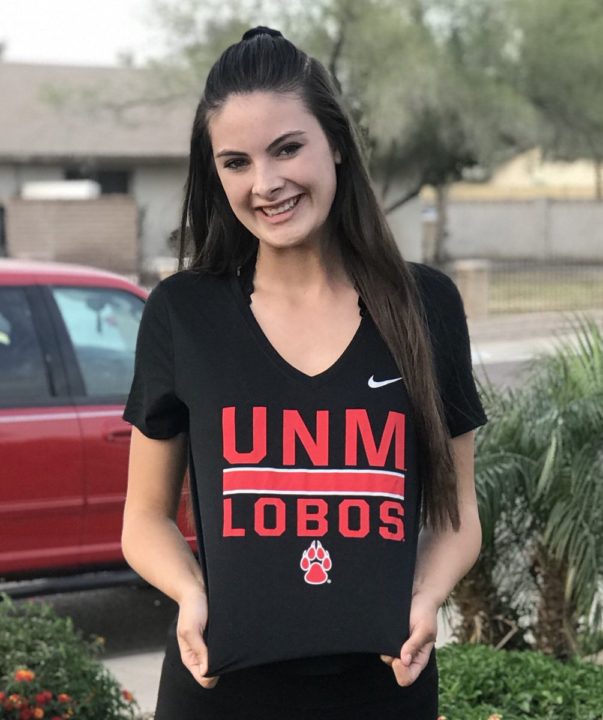 Class of 2019 recruit Brittnie Henige has committed to the University of New Mexico women’s volleyball program and head coach Jeff Nelson. A 6’3″ outside hitter, Henige will join the team for the fall of 2019 after choosing the Lobos over Arizona and New Mexico State according to azcentral.com.

A junior at Cactus High School in Glendale, Arizona, Henige was a key cog in her team’s 35-9 season in 2017. The team also made it to the Arizona 4A State Semifinals before bowing out as one of the final four teams.

Henige owns a 8′ reach, a 9’9″ block touch and a 10′ approach jump. Video of her play via her YouTube channel can be seen below:

New Mexico finished the 2017 season at 16-16 overall, also going 7-11 in just Mountain West Conference (MWC) action. The 2018 spring roster for the Lobos features six outside hitters with one who will be a senior in the fall and graduate to make space for Henige come 2019.