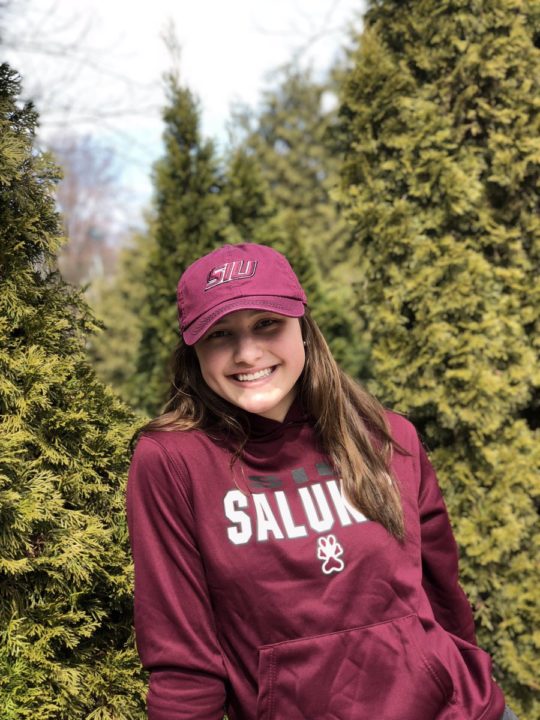 Class of 2019 recruit Bailey Neuberger has committed to the Southern Illinois women’s volleyball program. A 5’11” pin player, Neuberger can play both the outside hitter and opposite positions.

On the club side of things, Neuberger plays with Capital Volleyball Academy – specifically the Capital Girls 17 Adidas team. She’s one of four on her club committed to a college, with three of the four headed to Division I schools already including Sophee Mink to High Point.

Southern Illinois finished last season at 6-23 and 5-13 in the Missouri Valley Conference. Their 2018 roster features two returning opposites and two outside hitters, who are all on pace to return and be upperclassmen come 2019 when Neuberger arrives.

Excited to announce my verbal commitment to continue my academic and volleyball career at Southern Illinois University! Thank you to everyone who has helped my absolute dream become a reality!! #GoSalukis ?? pic.twitter.com/WYUMdHPtRW