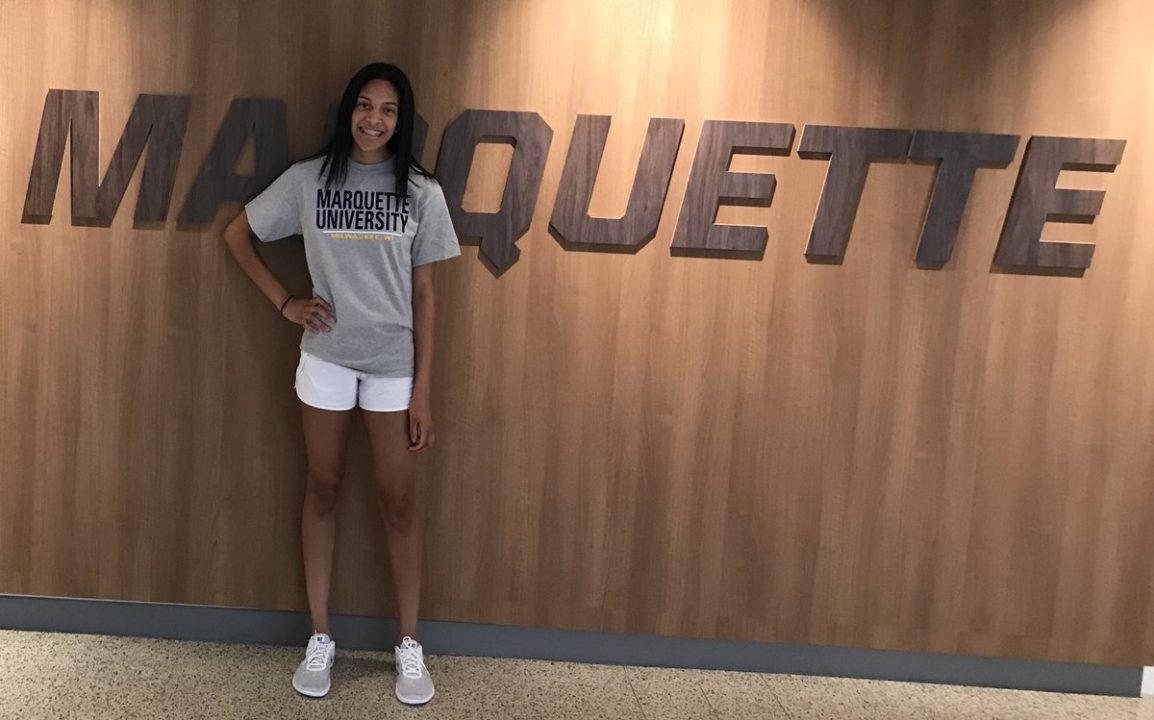 Marquette has landed a class of 2020 recruit from Missouri in MB/RS Carsen Murray. Archive Photo via Carsen Murray (@carsenmurrray)

Class of 2020 middle blocker and right side hitter Carsen Murray has verbally committed to the Marquette University women’s volleyball program.

Standing at 6’3″, Murray attends Blue Springs South High School in Missouri where she is a junior. She’s playing her third season of varsity, where she has already helped her team to a 9-1 record.

In terms of club ball she played with Invasion Volleyball and the 16 Black team. It’s noted on her twitter profile now though that she plays for MAVS Volleyball in Kansas City. Highlights of her play from the Lone Star Qualifier can be seen below via YouTube:

I’m super excited and blessed to announce that I have verbally committed to play Division I volleyball and continue my academic career at Marquette University! A heartfelt thanks to all my coaches, family, and friends for their support! #WeAreMarquette @MarquetteVB 💛 pic.twitter.com/b7GWb9580e