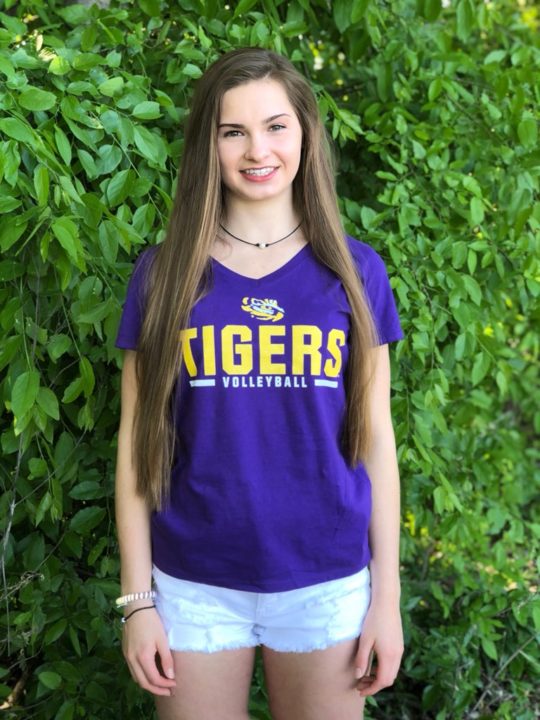 Class of 2020 recruit Paige Flickinger has committed to the Louisiana State University volleyball program for both indoor and beach. A 5’10” outside hitter and defensive specialist indoors, Flickinger will join LSU for her first season in the fall of 2020 with her initial year in the sand in the spring of 2021.

This past season was Flickinger’s second on varsity as she was voted to the all-area team and was named District 5-6A Co-Offensive MVP. A year prior she put up lofty numbers as well as a freshman and earned 5-6A Newcomer of the Year in 2016 for the Star-Telegram in addition to being on the all-area second team.

Flickinger also plays with Texas Advantage Volleyball and the TAV 16 Black Team. Her recruiting profile with highlights of her play via SportsRecruits can be seen here.

I’m super excited to announce my verbal commitment to LSU to further my education and continue my indoor and beach volleyball career!! A very special thank you to my family, my teammates and the many coaches who have believed in me and helped along the way. #geauxtigers ?? pic.twitter.com/swGdwgpBQD