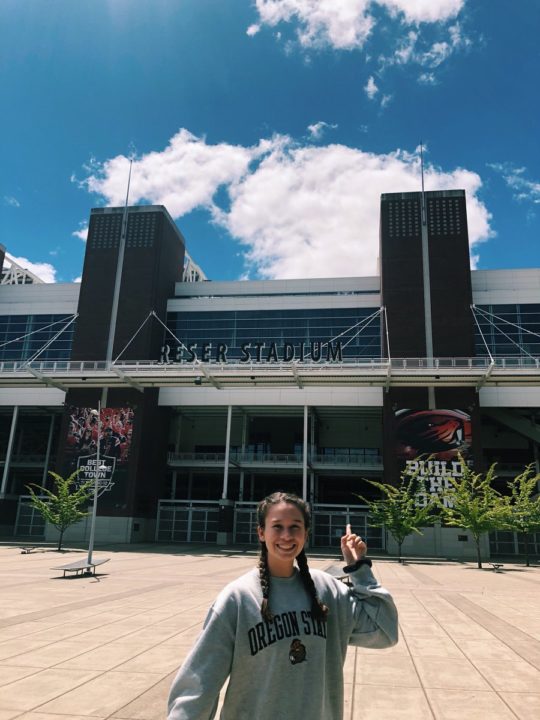 Gonzalez will be a junior this coming season at McAllen High School in Texas. As a sophomore middle blocker she helped the team to a 34-6 record and an appearance in the 2017 UIL State Volleyball 6A Championships Bi-District match. Individually, according to her MaxPreps profile, she recorded 266 kills (2.8 per set) on a .399 hitting percentage, 146 digs (1.5 per set), 70 blocks (0.7 per set), 33 aces (0.3 per set) and three assists.

On the club side of things, Gonzalez plays with RGV Venom Volleyball Club and the Valley Venom Red 161 team as an outside hitter and defensive specialist. Standing at 6’0″, she owns a 9’8″ approach touch and swings with her right hand. Video of her play from the 2018 Tour of Texas Hits can be seen below via YouTube:

Super excited to announce that I have verbally committed to play volleyball and continue my academic career at Oregon State University! #gobeavs #PAC12 pic.twitter.com/9tbKtF8Ey8