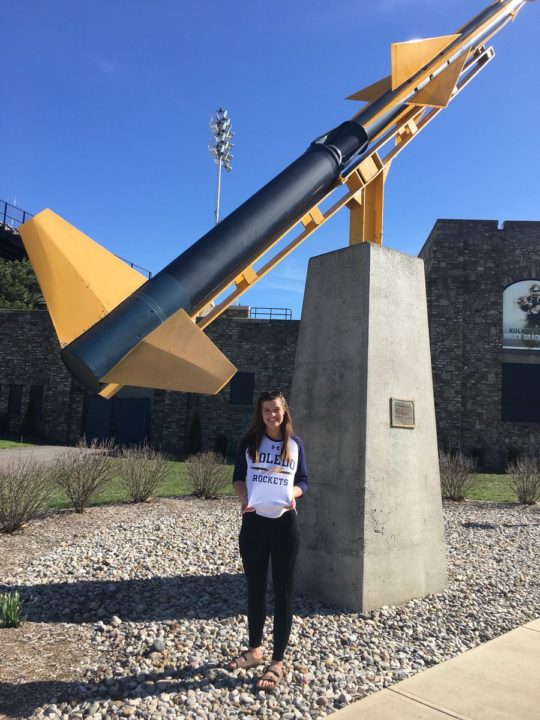 Class of 2020 OH Taylor Alt has committed to stay in-state and go to Toledo. Archive Photo via Taylor Alt (@TaylorAlt2)

Class of 2020 recruit Taylor Alt has committed to the University of Toledo Rockets women’s volleyball program. A 5’11” outside hitter, Alt becomes the first class of 2020 commit for Toledo as recorded in the VolleyMob Recruiting Database.

On the club circuit, Alt plays with Elite Volleyball and the Elite 16 Black team. Her club roster lists her as an outside hitter, opposite/right side and defensive specialist, showing the versatility she will bring to Toledo. Her recruiting profile with videos of her play can be seen here.

Toledo finished the 2017 season at 12-16 overall and 7-9 in the Mid-American Conference (MAC). They have four players who can slide into the outside hitter role on their 2018 roster at the moment – three of which who are sophomores and will be seniors when Alt arrives in the fall of 2020.

So excited to announce my verbal commitment to play volleyball at the University of Toledo! A huge thank you to everyone that has helped me out along the way! @BrookeEiden1 wasn’t wrong when she said this place is amazing (; #gorockets pic.twitter.com/7LuksBluWd