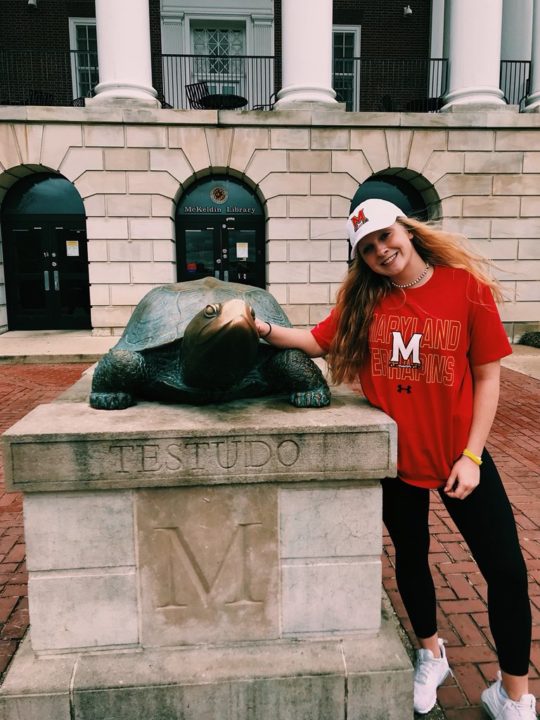 Class of 2020 recruit Sydney Dowler has committed to the Maryland women’s volleyball program. A 5’11” setter, Dowler joins outside hitter Sam Csire as a class of 2020 commitment for the program listed in the VolleyMob Recruiting Database.

A sophomore at Green Hope High School in Cary, North Carolina, Dowler pushed her team to a 31-2 finish en route to a Class 4A State Championship. That followed another state championship in her first season of varsity when the team went 29-1, making her 60-3 for her high school career thus far.

Dowler continues her prep career on the club circuit, where she plays with Triangle Volleyball Club – specifically the 16 Black Team. Video of her play in a match setting can be seen below via YouTube:

Maryland finished last season at 18-14 and 7-13 playing in the Big Ten. They have a new head coach in Adam Hughes after Steve Aird left for Indiana. The 2018 Terrapins roster currently features five setters, but three will graduate before 2020 with the other two set to be seniors in that season, as Dowler looks to make an immediate impact with the program.

I am super excited to announce I have verbally committed to further my academic and athletic career at the University of Maryland! Huge thank you to everyone that has helped get me to this point! I can’t wait to be a Terp! #goterps #B1G #feartheturtles pic.twitter.com/CObAal1TZI

That’s last year’s 16 team, so not the right video. This year’s 16 team can be seen here: https://www.youtube.com/watch?v=Vk59ecXBAk4

Maryland seems to be recruiting a lot of setters…