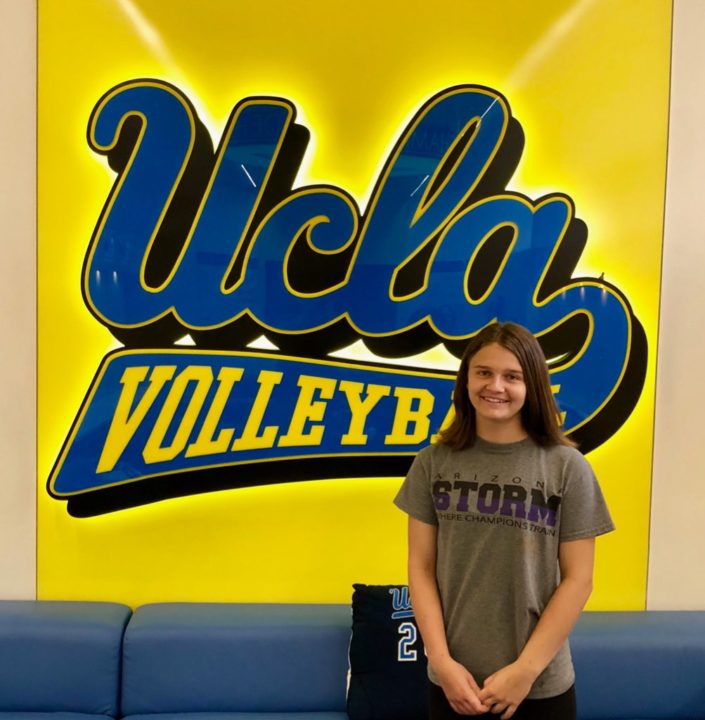 The UCLA women’s volleyball indoor program has landed a class of 2021 recruit as Katie McCarthy has committed to the school. A 5’6″ libero and defensive specialist, McCarthy becomes the first recruit as part of the 2021 class registered in the VolleyMob Recruiting Database to choose UCLA.

A freshman at Sunnyslope High School in Phoenix, Arizona, McCarthy helped to push her team to a 30-9 record this past season. Individually in her first year of varsity she notched 312 digs (3.12 per set), 58 aces (0.6 per set) and 44 assists (0.4 per set) according to her MaxPreps profile.

On the club circuit, McCarthy plays with Arizona Storm Volleyball Club – specifically the 15 Thunder Team. She joins McKenzie Wise (Grand Canyon) as a collegiate commit from the team. McCarthy seems to be willing to do whatever it takes to get a dig, including a video that can be seen here with her club where she earns one with her face.

The Bruins are coming off of a 21-11 season in which they went 12-8 in Pac-12 action and made it to the NCAA Tournament’s Regional Semifinal round (Sweet 16).

Congratulations to AZ Storm 15 Thunder Libero Katie McCarthy on her verbal commitment to play volleyball at UCLA!! We’re so proud of @katiemccarthy5 as she gets to continue her dream of playing vb collegiately in the PAC 12!! Way to go KT!! @PrepVolleyball @UCLAWomensVB pic.twitter.com/Dx14rJQred