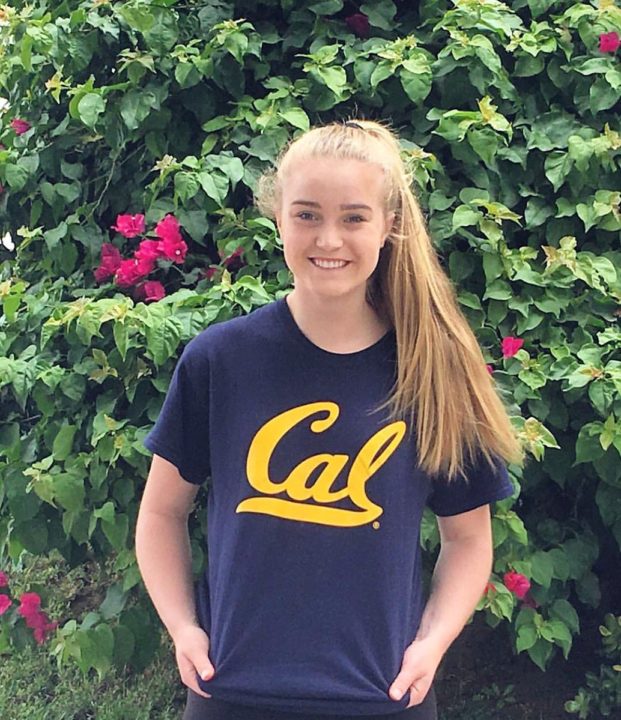 Sarah Schrag has made her intentions know to attend Cal in the 2021 season after verbally committing to the indoor team. Archive Photo via Coast VBC (@CoastVBC)

Schrag won’t graduate from Santa Fe Christian High School in Solana Beach, California until the spring/summer of 2021 and will be a sophomore this upcoming fall. In 2017 – her freshman season – she helped the team to a 25-12 mark and a spot in the CIF State Girls Volleyball Championships.

Standing at 5’8″, Schrag also plays for Coast Volleyball Club, most recently the CVC 15-1 team. According to her Hudl page she owns a 7’1″ standing reach, a 8’11” block touch and a 9’1″ approach jump. Video highlights of her play can also be seen through her recruiting profile on Hudl.

Congrats to Sarah Schrag on her commitment to UC Berkeley – “I’m so excited to announce that I have verbally committed to play D1 indoor volleyball at Cal Berkeley! I’d like to thank my parents, coaches, and teammates who helped me along the way”🐻💙💛#CoastGoesToCollege #GoBears pic.twitter.com/dUMAmXTEZF