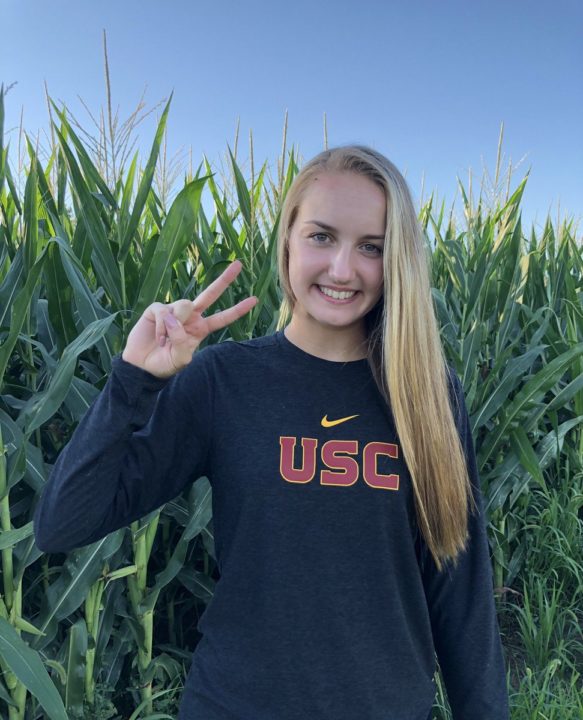 Class of 2021 setter Elle Glock has verbally committed to the University of Southern California women’s volleyball program. Glock would join the team for her freshman season come the fall of 2021.

Glock will be a sophomore this upcoming fall at Wahoo High School in Nebraska. In her freshman season, the 6’0″ athlete helped the team collect a 23-4 record en route to a Class C1 State Volleyball Championship, the first in the school’s history. Glock actually wound up with the clinching kill for the match, one of nine for her in total.

She also plays for the team’s varsity basketball squad, a sport that her father, Jason Glock, played at Nebraska in college. On the club circuit Glock plays with VC Nebraska and the 15 Elite team.

Grateful, thankful, & blessed to announce that I have verbally committed to the University of Southern California for awesome volleyball and a great education! I can’t thank my teachers, coaches & family enough for their love and dedication. pic.twitter.com/kEf4WH4RzQ