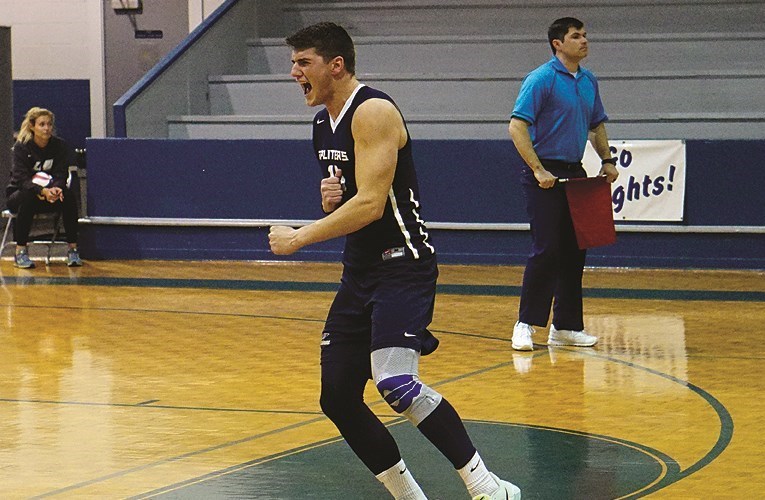 Lincoln Memorial had a block party while Coker also earned a win for the Independents to go with a MIVA win for Lindenwood; Mar. 6 Recap. Archive Photo via Lincoln Memorial Athletics/Volleyball

The night featured just three matches overall, with a pair of Independent schools taking on foes from the Conference Carolinas as well as some MIVA action. The Independents got the better of their counterparts while Lindenwood downed Quincy to stay out of last place in the league. Beyond the team performances, an individual school record was broken as well:

Coker put together a strong offensive performance as they hit .375 for the match, but the difference was the defense and serve. After not applying enough pressure, Belmont Abbey hit .440 in the opener that went their way. From there though, the Cobras held Belmont Abbey to .189, .208 and -.125 marks in the final three as they dealt eight total aces for the match – including five from Joao Victor Santos – to earn the victory.

LMU outlasted NGU in a five-set match where defense was the name of the game. Lincoln Memorial’s was just a bit better, starting with a more aggressive serve that logged four more aces and kept NGU on their toes. It did result in nine more service errors, but they more than made up for it with a more in-tune offense, and touch after touch on the block, where they recorded 19.5 blocks as a team. Pedro Carvalho was at the forefront, as his 13 blocks is the school-record for a match.

Lindenwood earned its second victory in a difficult MIVA league, as they now look like a guarantee to finish out of the cellar. It’s a long ways away from Quincy’s non-conference start – albeit against much lower-end competition. Lindenwood was just more solid all-around, specifically offensively where they hit .324 behind Adam Brewster (40 assists) and Nick Stevenson (16 kills, .385) while Quincy hit just .157.