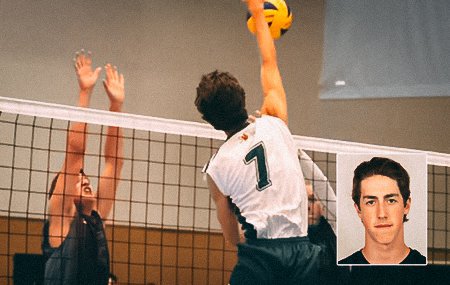 Ethan Boyd will be joining Dalhousie for the 2018-2019 season as a newly added recruit for the team. A 6’3″ outside hitter, Boyd comes from Three Oaks and will graduate in the summer of 2018 before enrolling in the University. The move to Dalhousie puts him in his fathers shoes, as Stephen Boyd played with the school from 1987 until 1991.

“We are excited to add Ethan to the Tigers’ family,”Dalhousie Tigers head coach Dan Ota told The Guardian. “I consider him one of the top prospects in Atlantic Canada this year, and he will be a good fit with our team’s emerging young core of players. Ethan has good physical potential to excel at the U SPORTS level, but what also impresses me is his maturity and his commitment to learning.”

At his prep school in Three Oaks, Boyd assisted in the team winning 38 straight matches along with countless team and individual accolades. He also competes with in club volleyball at the indoor and beach levels.

The U Sports bunch is currently 2-4 this year, with a break coming in between the second part of their season. The 2017-18 features seven outside hitters – the most of any position on the squad. Just one of those seven are set to graduate following the season, so Boyd will be in stiff competition for early playing time.