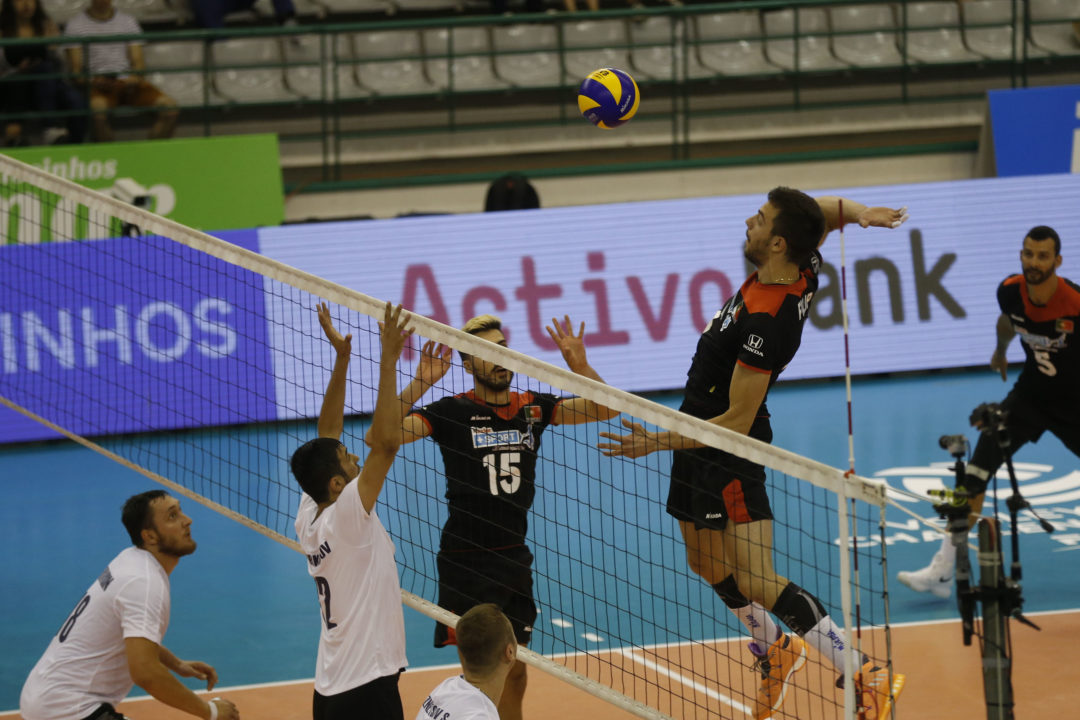 Portugal wrapped up Pool A while Cuba punched a bid to the semifinals as Pool B runner-ups. Archive Photo via FIVB

The Portuguese side wrapped up the Pool A title in front of their home crowd by sweeping Kazakhstan. That sends them to the semifinal round where they get Pool B runner-up Cuba for a spot in the championship. For Kazakhstan, their journey in the event comes to a close as they fall short of a bid to the 2019 Volleyball Nations League.

Portugal did not garner much of an edge in spikes (32-31) or blocks (8-5), but were clearly the top serving side and notched nine more aces (11-2). One detail that was created from the aggressive serve was that it put Kazakhstan in more uncomfortable possessions as they logged six more team errors. The losing side did see a star performance from Maxim Michsenko (16 points), but Kazakhstan failed to find other options as much as Portugal did with Caique Oswaldo Ferreira Da Silva (11 points), Lourenco Martins (11 points) and Valdir Sequeira (10 points).

In an absolute battle of a four-set match, Cuba moved past Chile to finish as the runner-up in Pool B and claim a spot in the semifinals. While Chile is eliminated, Cuba will take on the winner of Pool A (Portugal) in the elimination round.

Cuba could not find rhythm at the service line, an advantage for Chile, but they did win the battle of spike (73-57) and block (15-6). The match could have easily shifted though had sets one or three gone the other way, as they almost did going to 30 points. Instead, the culmination of the two led to a let-down for Chile in the fourth. Tomas Parraguire (18 points) did all that he could in the losing effort, but the prowess of Miguel Angel Lopez (25 points) and Osniel Lazaro Melgarejo Hernandez (21 points) were too much in leading Cuba to victory.