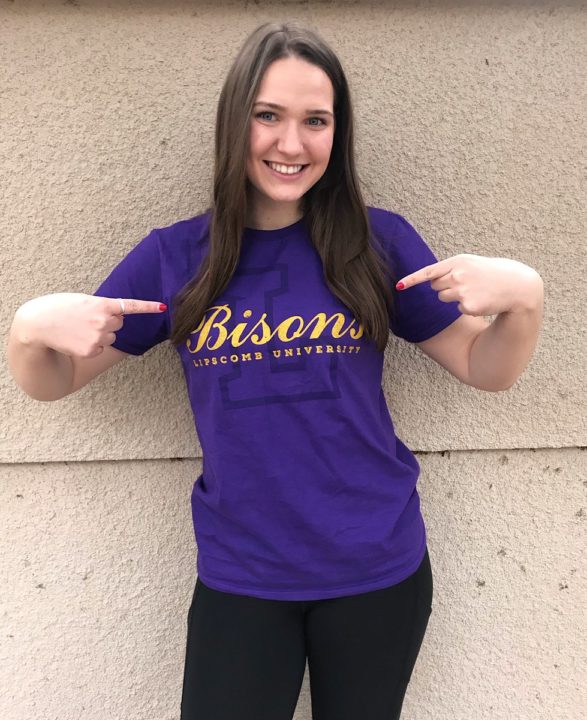 Lipscomb garnered the commit of a big time recruit with Lanie Wagner, a Class of 2018 outside hitter who was originally committed to Georgia.

Walker, a 6’2″ outside hitter, will join Lipscomb after graduating from Xavier College Prep. According to her MaxPreps page, she notched 1,382 kills for her career, including 537 (4.5 per set) as a senior. She also hit .332 this past season and tacked on 2.8 digs per set.

In addition to her strong numbers, her team had plenty of success in going 40-3, being ranked ninth in the country and winning the 6A State Championship in Arizona. The combination of individual and team dominance earned her a spot on the MaxPreps 2017 High School All-American Girls Volleyball Team.

On the club side, Wagner played with Aspire Volleyball Club, most recently with the Aspire Rox team for the past handful of years – although the age classification has changed. According to her club page, she has a 7’10” reach, a 9’5″ block touch and a 9’10” approach touch.

Lipscomb has been a solid mid-major in the Atlantic Sun, going 16-13 (8-6 A-Sun) in 2017. Prior to that they won more than 20 matches for four consecutive seasons, including three straight NCAA Tournament appearances. Walker will look to re-up that trend in 2018 as she joins a roster that on paper will plan on returning all three of their other outside hitters.