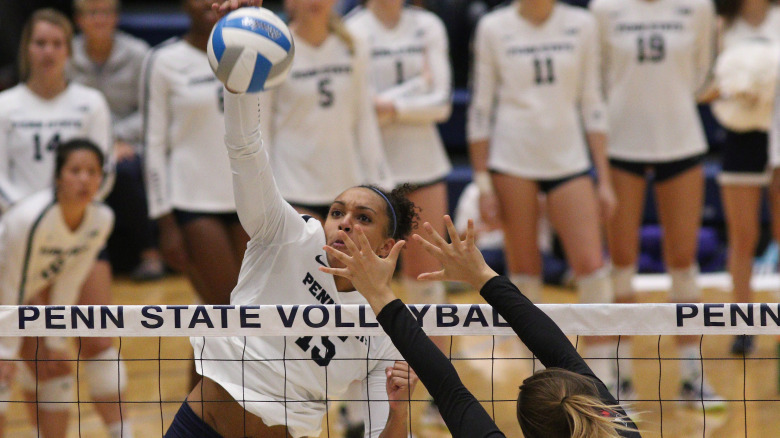 2017 VolleyMob All-American and former Penn State Nittany Lion Haleigh Washington has signed on with Volley Millenium Brescia in the Italian Serie A1. It’s the second pro contract of Washington’s career, but the first for a full season after she joined the Italian A2 League in the winter.

A 6’3″ middle blocker from Colorado Springs, Washington came to Penn State in 2014 and immediately made a splash as Big Ten Freshman of the Year. That would start out a four-year career where she went 121-21, won the 2014 NCAA Championship, made the All-Big Ten team in every season and was an AVCA First-Team All-American twice.

In her final season of collegiate eligibility, Washington was a First-Team VolleyMob and AVCA All-American and finished fifth in the VolleyMob National Player of the Year voting as she helped lead Penn State to the Final Four and a 33-2 record. Individually, she recorded 370 kills (3.01 per set) on an NCAA-best .492 hitting percentage, 185 blocks (1.50 per set), 82 digs (0.67 per set) and 22 aces (0.18 per set).

Recently, Washington also earned the Big Ten Medal of Honor. That came on the outskirts of her final college season and first pro season, as Washington played with Olimpia Teodora Ravenna, who went 18-14 and wound up in 11th place of the Italian Serie A2.

Volley Millenium Brescia was founded in 1999 and made its debut in Italian Serie A2 after winning B1 in 2015-2016. The club is utilizing a new facility, as 2017-2018 was their first playing in PalaGeorge, which holds a capacity of 4,000. That new facility saw quite the action too, as Brescia went 25-7 (75 points) for a first-place regular season finish in earning promotion to Italian Serie A1 where they will be in 2018-2019.