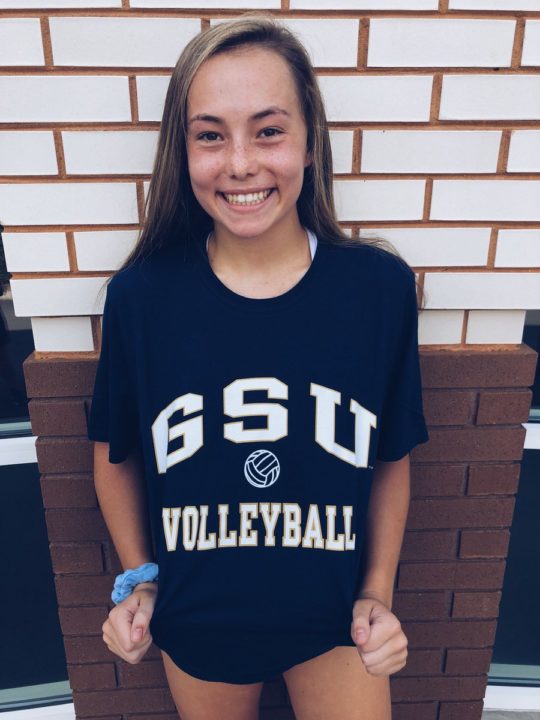 Class of 2019 defensive specialist/libero Meredith Eckard has verbally committed to the Georgia Southern University women’s volleyball program. Eckard will be a senior in high school this fall.

Video highlights of Eckard’s play can be seen here with her Hudl profile.

Georgia Southern finished 2017 at 8-21 overall and 3-13 as a member of the Sun Belt. They have six players who can play defensive specialist on their current 2018 roster, with three set to graduate, leaving spots open for Eckard to fill in once she joins the program for the fall of 2019.

extremely excited to announce my verbal commitment to play volleyball at Georgia Southern . Thank you to my coaches, family and teammates for helping me along the way. Go Eagles!! #WINGSUP 💙💙💙 @GSAthletics_VB pic.twitter.com/koT5Tm9eRT

A HUGE congrats to Meredith Eckard for committing to play Division 1 volleyball at Georgia Southern! We’re so proud of you!! https://t.co/68do6Tv2ji