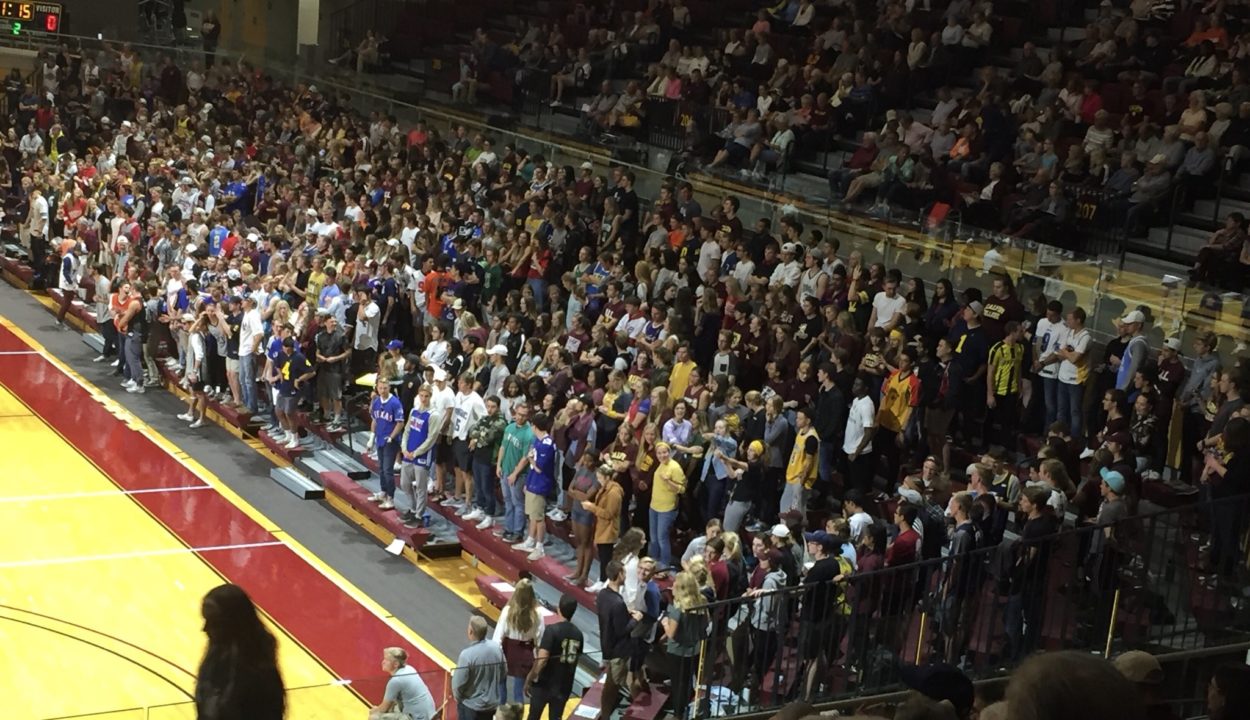 It is a big world out there with a lot of volleyball action. We don’t want to miss something big. To make sure we see your post from Facebook, Instagram or Twitter, so it is considered for inclusion on Getting Social, tag us @VolleyMob. Current Photo via Calvin College Athletics

It is a big world out there with a lot of volleyball action. We don’t want to miss something big. To make sure we see your post from Facebook, Instagram or Twitter, so it is considered for inclusion on Getting Social, tag us @VolleyMob.

Fresh post from Sam Pedlow after his King of the Court Huntington Beach international appearance.

Everyone is celebrating with Arizona State, who notched its first Pac-12 volleyball win! Even head coach Sanja Tomasevic‘s daughter is pumped.

Stella is excited for the first PAC-12 win! I’m so happy and stoked for our players! Enjoy it girls…. because Tuesday we got to be back in the gym and get better! pic.twitter.com/SWhr6a6eYk

We are seriously into volleyball. So are the fans at Calvin College!

These are the best kills, am I right liberos?

Virginia Tech honored a fallen member of the game who passed tragically in a car accident, high school volleyball player Ashlyn Poole, last week. Her family was presented with a match ball prior to the matchup.

Before the match, we honored the Poole family

This one is for you Ashlyn pic.twitter.com/CP5Ox3kOg0

Honored to have Ashlyn's family and friends join us today. We will keep playing hard for her and so glad we could get the win! Our thoughts will remain with your family and team. pic.twitter.com/yZYhk9T7oG

46-contact rally you say? Let me grab some popcorn…

Last night against @UofLVolleyball we had a 4⃣6⃣ contact rally that lasted nearly a minute, which included several excellent digs and saves before @melissa_evans1 ended the rally with a kill 💥

Wisconsin showed its support and raised awareness for children with cancer last week. Here are some of the views!

Western Kentucky continues to back Alyssa Cavanaugh as she battles cancer. The team has new warmups!

We'll be rocking some new warm-ups for the rest of the season ❤️ #Win124 #IBelieveInAlyssaCavanaugh pic.twitter.com/w36vBINdue

The Blue Raiders showed their support for @cavanaugh7 and her fight against cancer with orange leukemia ribbons on their shoes in tonight’s match versus WKU.

We’re excited to see you two battle on the court too!

A week from today we start the #p1440 competition in San José, CA ! ☺️ excited to get on court and battle, hope to see you there! @platform1440 #workworkwork #fire #newtour #newteam pic.twitter.com/5FbwMfBlfz

The Wright State volleyball team had a great time volunteering at the Pawsitive Warriors Rescue yesterday! 🐶#NCAAVB
(via @WSUVball)pic.twitter.com/rljuj1RkFk

Now that is some exciting volleyball!