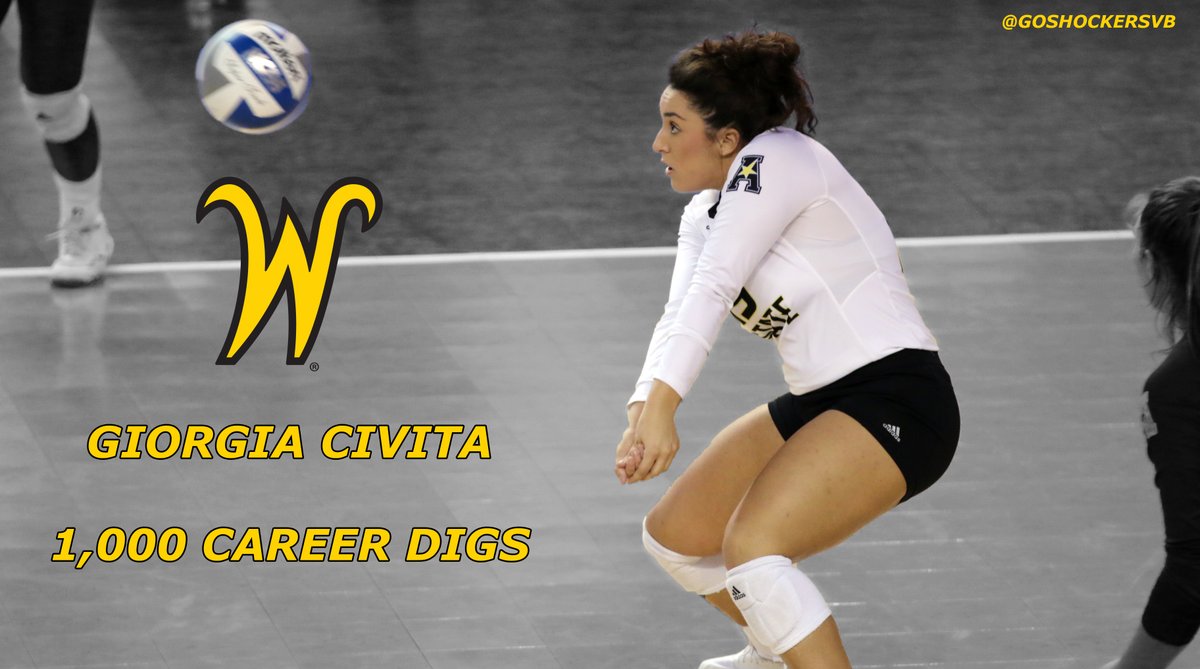 Wichita State redshirt sophomore Giorgia Civita surpassed the 1,000-career digs threshold with 29 digs in Sunday’s sweep of Memphis. She is the 11th player to reach the milestone in Shocker volleyball history.

The Milan, Italy, native picked up second team all-conference recognition last year after appearing in all 33 matches and 111 sets defensively. She led Wichita State with 579 digs on the season, while also contributing 123 assists and 14 service aces. Civita was also named AAC Defensive Player of the Week on three occasions.

So far in 2018, Civita is leading the Shockers with a 5.59 digs per set average. She has also reset her career-high with a 34-dig effort against VCU this season.

Wichita State, which was voted to repeat as AAC champion in the preseason poll by league head coaches, is 7-6 on the year and is off to a 2-0 start in conference play. The Shockers, who are undefeated at home so far this season, opened the AAC slate with a 5-set win over Tulane and a 3-0 victory against Memphis.