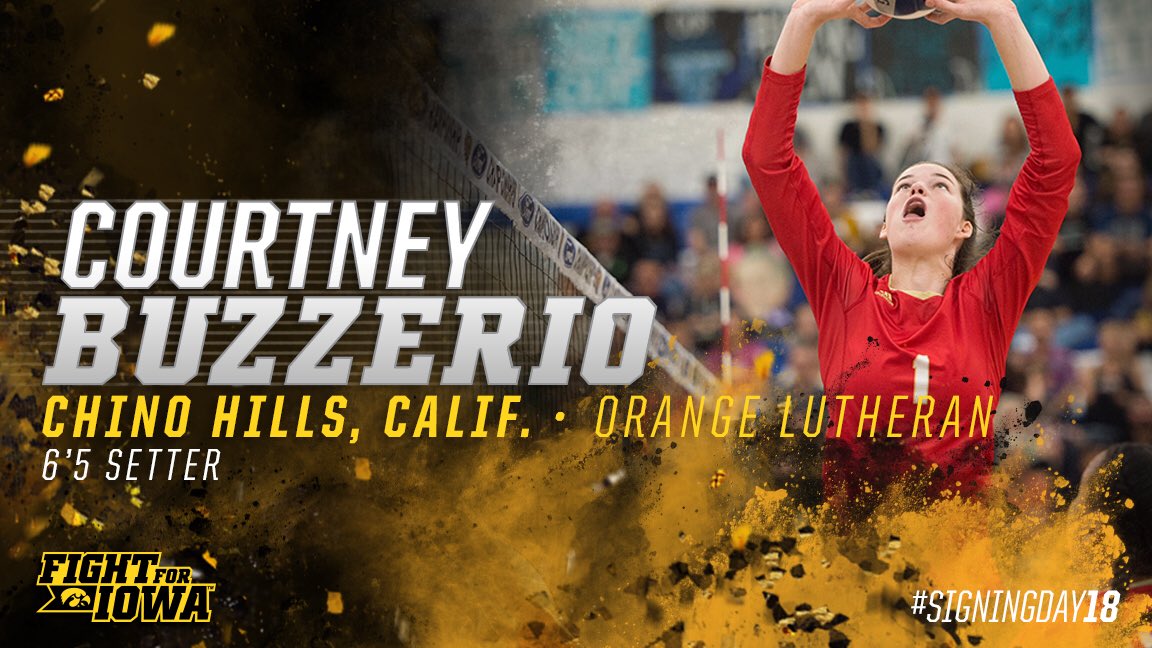 6'5" class of 2018 setter Courtney Buzzerio has committed to Iowa to join her sister Meghan. Archive Photo via Iowa Volleyball/Athletics

The Iowa recruiting class was already filled with talent and depth, as the Hawkeyes had five players committed for 2018, but now they add another to that list with Courtney Buzzerio signing a National Letter of Intent. A 6’5″ setter, Buzzerio brings unique size to the position for Iowa in joining the team for the fall of 2018.

Buzzerio already has a connection to the Iowa program, as her sister Meghan Buzzerio is a redshirt junior outside hitter and right side for the Hawkeyes. That would open up the possibility to where if both could carve out playing time that they could establish an offensive connection.

A current senior at Orange Lutheran High School in Chino Hills, California, Buzzerio recorded 318 assists, 222 kills, 48 blocks and 35 aces as a part-time setter and part-time hitter en route to a CIF Division 2 championship. She was also named All-Trinity League, first-team All-Orange County and was awarded the CIF Division 2 Player of the Year.

“Courtney is a very unique and special setter,” Iowa head coach Bond Shymansky said in the team’s release of the signing. “She provides a totally different element at her position with her length and reach.  Her hands have gotten better every year and we believe she will wreak havoc at the net as an attacking setter, blocker, and high contact player. Courtney continues to grow and improve and we expect that she will serve our program well. We look forward to adding another Buzzerio to our Hawkeye family.”

Iowa is coming off of an 18-15 season in which they finished 7-13 in Big Ten play before being one of the first teams out of the NCAA Tournament. Their 2018 roster now currently features one returning setter in Brie Orr – the team’s starting setter who will be a sophomore this season. That could open the possibility of a 6-2 in 2018, though it would likely depend on how ready Buzzerio is to contribute right away.