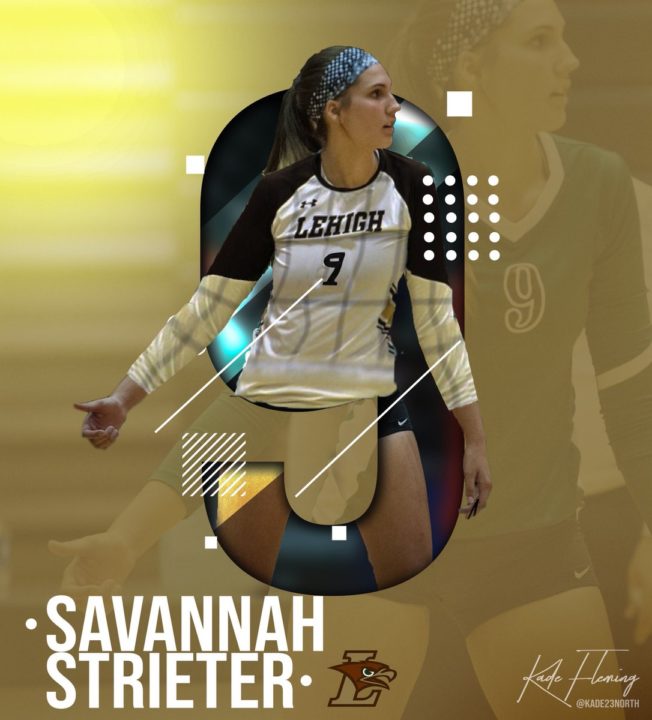 Standing at 6’3″, Strieter was also part of the 2017 AVCA Phenom List and plays with Evansville United Volleyball Academy and the U17 team. Video highlights of her play can be seen below via YouTube:

Lehigh is off to a 16-3 start to the 2018 season, including a 5-2 record as a member of the Patriot League. In 2017 they went 18-13 (9-7, Patriot League). Their roster features five middle blockers, with two juniors set to graduate prior to Strieter’s arrival and three sophomores who will be seniors when she arrives for her freshman season.

Super excited to announce that I have verbally committed to further my education & play D1 volleyball at Lehigh University! Thank you to everyone who has supported me along the way. I cannot wait to see how God will use me in Pennsylvania! Go Mountain Hawks!🦅💛🏐 pic.twitter.com/hhr976wlni