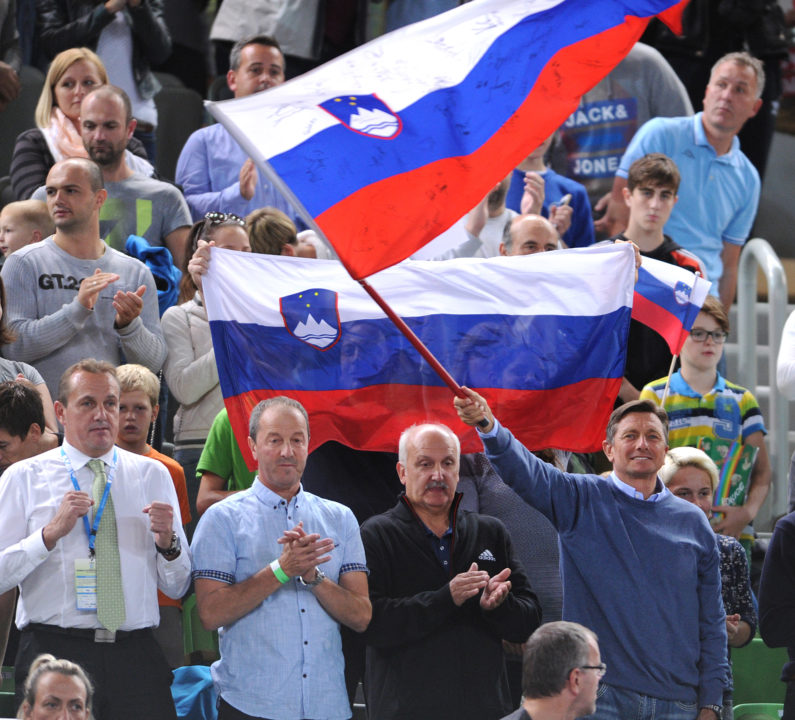 Slovenia was the only team to win every set in pool play as we now move to the Mediterranean Games women's volleyball quarterfinals. Archive Photo via FIVB

The Mediterranean Games, a collection of nations to compete in a myriad of sports including volleyball, is starting in 2018 as opposed to its normal four-year cycle of 2009, 2013, 2017 after the host needed to push it back a tad. For women’s volleyball, pool play has now come to a close as we get ready to move on to the elimination round to determine the champion.

In total, there are four different pools, each consisting of a trio of teams. Following a quick round-robin, the lowest ranked team in each pool is eliminated with the top two moving on to the quarterfinals. On the women’s side, those quarterfinals occur on June 28. All of the pool results and the quarterfinals schedule can be seen below.

Italy is also playing in the Volleyball Nations League – although they were just recently eliminated. That means this Italian team is essentially their ‘B’ team but they could now make reinforcements should they choose. Regardless, the top team in the pool was Greece after they squeaked by the Italians in five sets and each side handled Cyprus easily.

That means that the Greek side will take on Group B’s runner-up (Spain) while the 2013 Mediterranean champion Italy moves on to see Group B’s winner (Turkey) in the quarterfinals. Cyprus is eliminated.

Turkey didn’t have too much trouble in group B, falling in one set of each match but coming out on top in both despite playing with their ‘B’ team since the top players are in the Volleyball Nations League Final Six. After that, it’s all about the Spain vs. Bosnia & Herzegovina match which the Spanish side won to punch an elimination round bid as well.

Turkey now gets a 2013 championship rematch with Pool A’s runner-up (Italy) while Spain faces the Pool A victor (Greece) in the quarterfinals with Bosnie & Herzegovina eliminated from contention.

The Croatians, who finished third in 2013, look ready for a similar if not better result in 2018 after they won six of seven sets to win the pool. France meanwhile swept Albania, which in the end was the determining factor to get them in as the second team from the group.

Speaking of which, now Croatia will take on the Group D runner-up (Portugal) while the French side takes on the Group D winner (Slovenia) in the quarterfinals. Albania’s tournament comes to a close.

Slovenia earned a fourth place finish in the 2013 games, but if their group stage says anything they could be en route to a top three mark this go around. They won all six sets of play by a solid margin as well. Following them was Portugal, who also swept Algeria to move on.

Slovenia now awaits France as the Group C runner-up in the quarterfinals while Portugal gets the Group C victor (Croatia). After finishing last in the group, Algeria is eliminated.

The semifinals will then take place the next day on June 29 along with the 5th-8th place classification semifinal matches.