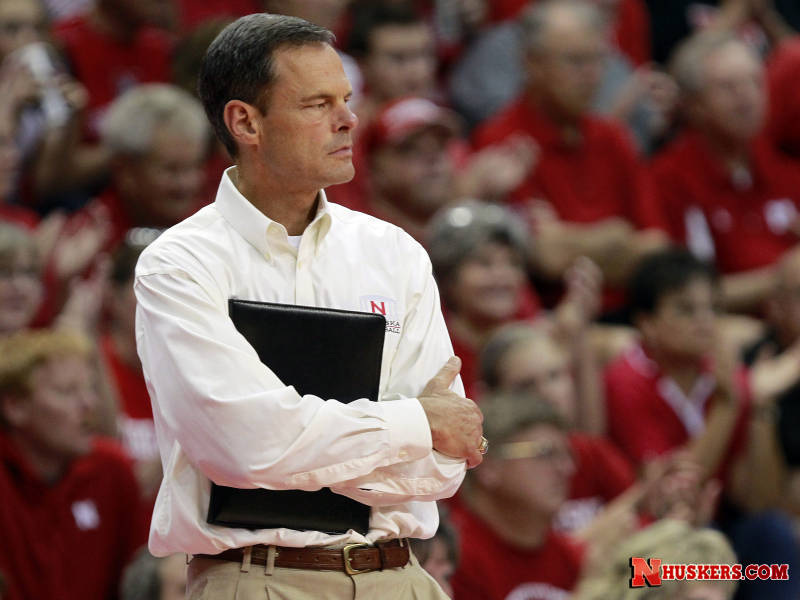 One of the premier NCAA Division I volleyball matchups of week 7 is getting a little more interesting as 3rd-ranked Nebraska and 4th-ranked Minnesota address a start time controversy regarding this Saturday’s matchup in Lincoln, Neb. Current Photo via Nebraska Athletics

One of the premier NCAA Division I volleyball matchups of week 7 is getting a little more interesting as 3rd-ranked Nebraska and 4th-ranked Minnesota address a start time controversy regarding this Saturday’s matchup in Lincoln, Neb.

Huskers’ head coach John Cook expressed publicly Monday morning that the Nebraska athletics department had asked Minnesota counterparts to consider an adjustment, which would move the match from a 7 p.m. first serve to a 4 p.m. start time.

The request was initiated in order to avoid an overlap with Nebraska football’s 6:30 p.m. game with 16th-ranked Wisconsin. Though the football game is on the road, Nebraska officials and Cook believe it will pull fans from the always-filled Devaney Center.

“We asked Minnesota to move it up; they refused,” Cook said. “I really don’t know what their motivation behind it is. So the match will stay at 7 o’clock. Both programs have to agree to make a change. And if they don’t want to change it, we can’t change it.”

Cook went on to surmise that if the tables were turned, he would agree to the time change request because the Golden Gophers play on Wednesday and Saturday this week instead of Friday and Saturday.

“The fans pay the bills,” Cook added. “You want to keep your fans happy, and they want to be a part of it. Volleyball is a big deal here, and so is football. Even though it’s a road game, it’s a big day here in Nebraska. Volleyball playing Minnesota is a huge game, and football going to Wisconsin is a huge game. To me it makes sense to try and accommodate our fans.”

The Minnesota volleyball program responded to Cook’s morning comments with an afternoon statement on the matter.

“Last week the University of Nebraska asked our preference for the start time of this Saturday’s match,” the statement said. “After due consideration, our preference was to keep it as originally scheduled. Both of our matches are on the road this week, so we felt it was in our student-athletes’ best interests to do this.”

Nebraska and Minnesota are both tied atop Big Ten standings with 4-0 starts to league play. The Huskers have won 13 consecutive matches, while the Golden Gophers have won 5 in a row.

Nebraska owns the longest sellout streak in the history of NCAA women’s sports and has led the nation in volleyball attendance in each of the last 5 seasons. Each match this season has been a sellout, as the Huskers have welcomed 23,756 fans (8,117 per match) to the Devaney Center in 2018.

Why didn’t Nebraska object to the schedule when it was first released instead of waiting until this week to turn it into a controversy? Did Nebraska ask Wisconsin to change the time of the football game so that their losers wouldn’t cause a conflict with the most successful program on their campus? Nebraska volleyball already has an overwhelming home court advantage and now Minnesota is the bad guy for not wanting to make it even bigger? I simply do not believe John Cook when he says he would not object if the situation was reversed. He would be the first one to bellyache, just like he is doing now.