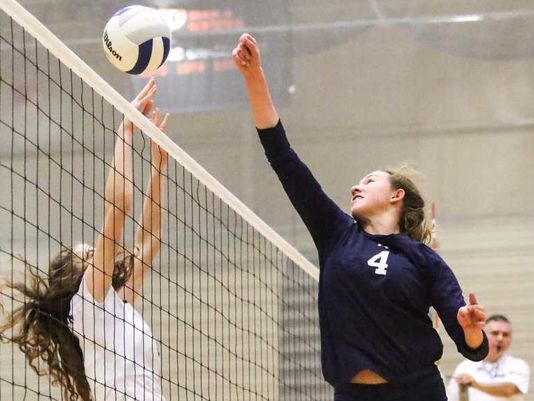 2017-18 New Jersey Gatorade Player of the Year Julia Morris has committed to Quinnipiac for the class of 2018. Archive Photo via Shannon Morris

New Jersey Gatorade Player of the Year Julia Morris has committed to Quinnipiac as part of the class of 2018. Morris is a 6’0″ setter who will join Quinnipiac for the 2018 season in the fall.

A senior at Immaculate Heart Academy in Washington Township, New Jersey, Morris helped her squad to a 40-1 record this past season. According to her MaxPreps profile, Morris notched 10.3 assists per set this season to pair with 1.3 digs per set, 1.0 blocks per set, 0.7 kills per set and 0.4 aces per set. She also racked up 2,090 assists in her career.

Following her strong season, Morris was named the 2017-18 Gatorade New Jersey Volleyball Player of the Year in addition to a handful of other honors such as being named to the All-State team. From a team perspective she helped IHA capture its eighth Tournament of Champions Title.

Quinnipiac is coming off of a 10-22 season in 2017 in which they went 9-9 in the MAAC. They had two setters on their roster in 2017 who were underclassmen, meaning they both should return for 2018 to join Morris at the position.