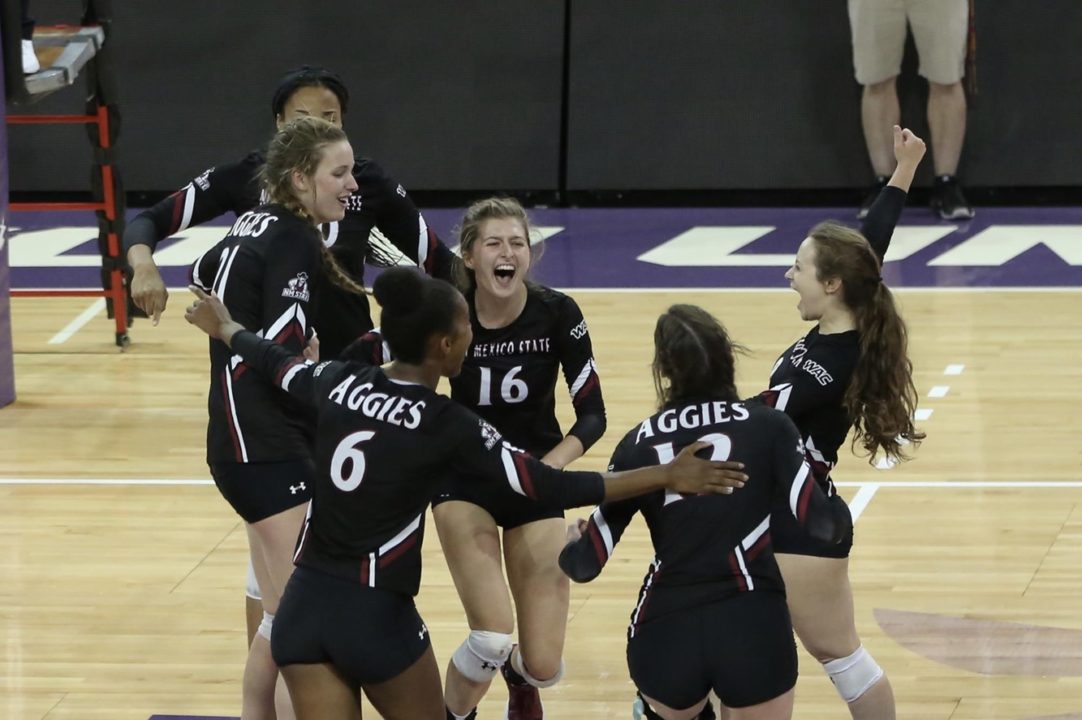 New Mexico State will look to defend their regular season WAC title as the preseason favorites in 2018. Archive Photo via Michael Rincon

New Mexico State are the team that most coaches are picking to win the Western Athletic Conference (WAC) in 2018, as they earned six of the nine first-place votes and 62 overall points.

The Aggies put three players on the individual awards as they are the defending WAC regular season champions from the 2017 season after going 21-8 overall and 12-2 in league action. However they were upended in their first WAC Tournament match to CSU Bakersfield.

Following New Mexico State is UT Rio Grande Valley, who got the other three first-place votes and 57 total points. Part of the confidence in UTRGV comes from the WAC Preseason Player of the Year in Ragni Steen Knudsen. They also landed two more on the Preseason All-WAC team, as them and NMSU were the only ones with a trio on the listing.

Aforementioned CSU Bakersfield, who won the WAC Tournament and made the NCAA Tournament, along with Utah Valley also notched over 40 total points and come in at third and fourth respectively. UMKC and Grand Canyon also logged 30 or more points. The rest of the list is Seattle, conference newcomer Cal Baptist and Chicago State – who were voted last by everyone except one coach who had them coming in eighth.

The full list of predictions and individual honorees can be seen below via the WAC: