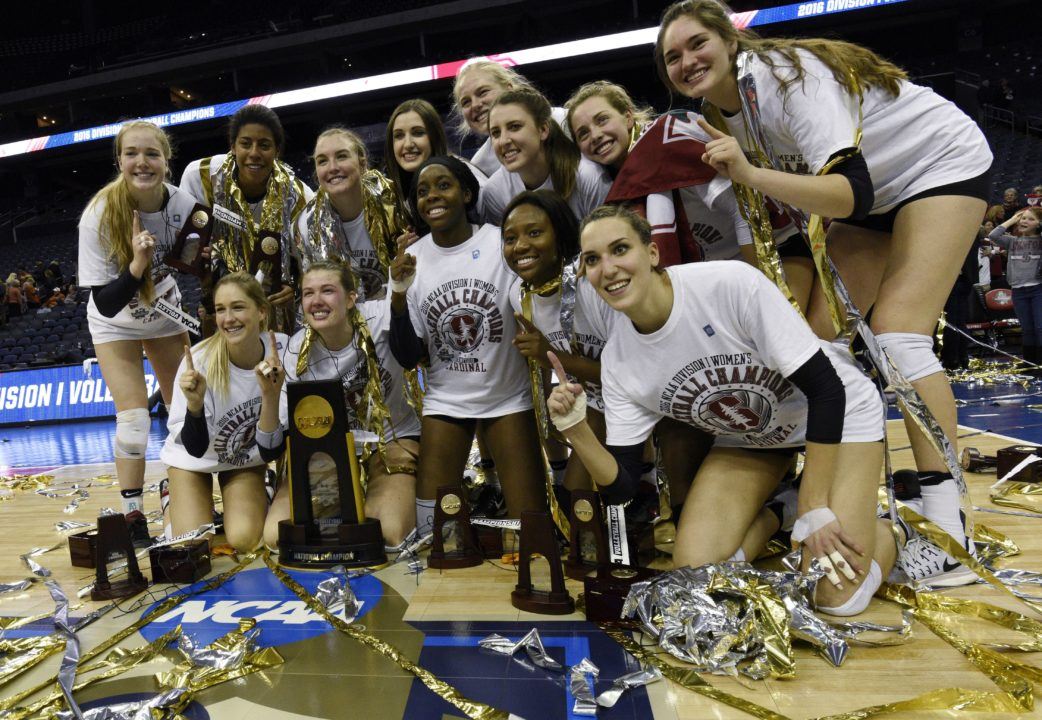 The Pac-12 produced the National Champion in 2016 and it wasn’t even the conference champion. If that doesn’t show the strength of the conference, maybe the three teams in the Elite Eight does. Since Stanford won four straight outright titles (2006-2009) followed by a shared Pac-12 championship with California in 2010, the conference hadn’t seen a repeat champion since Washington after they got a share in 2015 and won it outright last season. No team has won back-to-back outright Pac-12 championships though since 2010. As Washington tries to buck the trend, the conference should provide a myriad of competition for that top spot as always with both depth and National Championship contenders.

Obviously when you’re the defending National Champion (Stanford) you’re going to be a favorite in this category, but don’t sleep on Washington either. The Huskies are actually the defending conference champion, even winning a share in 2015 as they’re looking for a third straight conference title. They bring back three 2016 AVCA All-Americans and all of their starters. Stanford had a freshman-heavy roster last season, so should be less inconsistent earlier in the year. In fact, both of these teams could fight for a top-four seed in the NCAA Tournament, similar to what Nebraska and Minnesota did last season.

Following a fourth-place finish in 2016, the Oregon Ducks are prime to lurk under the headlines of two top-five teams in Washington and Stanford. They only finished three games back last season, and with the amount of talent that departs from UCLA, Oregon could make a push to the top-three and possibly even more if some things go their way.

Speaking of UCLA, they could fit the billing of a dark horse. They had just one less conference win than Washington in 2016. The biggest issue is that they were depleted by graduations and transfers. They do have a stellar recruiting class though and add the top transfer on the market, which makes them a bit of an enigma. That potential makes them a dark horse, even if they have a shot to be worse than last season.

Utah is a very intriguing team as they’ve been consistently around 20 wins and now have five starters back to pair with a monstrous and impressive recruiting class. Overall, there isn’t much separation between the Utes, Washington State, Arizona and USC, who all should be NCAA Tournament teams capable of winning a game in 2017.

The next tier features Oregon State, who tacked on a solid recruiting class as they look for improvement while Colorado should be competitive as well. California also should be a bit better while Arizona State drops down after being ravaged by transfers.