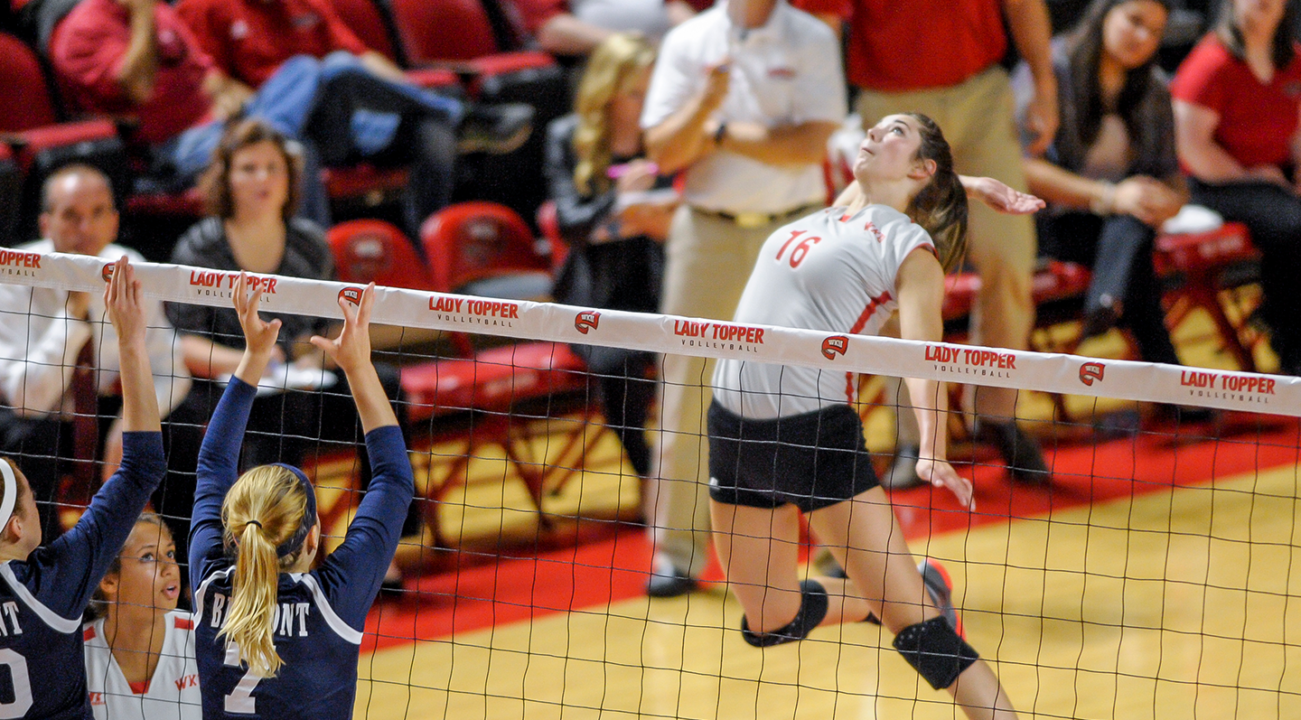 After a small day of action on Monday, Week Eight really comes to life on Tuesday with 17 total matches for the day. Only one of the 34 teams in action is on the cusp/receiving votes in the latest VolleyMob Top 25 Power Rankings, but plenty of the schools in action could be appearing in the NCAA Tournament as automatic bids. Overall, the day should be a great opportunity to view some of the top schools in smaller conferences.

A combined 35 wins to just five losses steps into the arena in Bowling Green, Kentucky for a meeting between the Austin Peay Governors and the Western Kentucky Hilltoppers.

The hosting team, Western Kentucky, is on the cusp in the latest VolleyMob Top 25 Power Rankings as they have now won 14 consecutive matches with their last four coming in sweeps. Their only losses came to Illinois and Louisville as they’ve scored wins at Ohio State, vs. Dayton and vs. Pittsburgh. That means if they can add another solid win like this one to their resume, they would give themselves a solid shot at the NCAA Tournament even if they were upset in the C-USA Tournament.

Playing in the Ohio Valley Conference, Austin Peay is off to a 17-3 overall start and a 5-1 mark in conference play after losing their most recent match to Eastern Kentucky. Before that though it was 12 straight set victories. In the non-conference they were swept by Ole Miss and lost in four sets to Northern Iowa while also impressing in wins over Missouri and South Florida.

TCU has stumbled a bit in their start to Big 12 play at just 1-4. If they want to make the NCAA Tournament for a third straight year they will need to pick things up, something they will try to do with a late non-conference meeting at Texas State. Don’t sleep on the Bobcats though, who have won five straight and challenged Baylor earlier this year.

The Patriot League is starting to look like a three-team race with Navy, Lehigh and American up top as two of those three meet in Annapolis, Maryland. Navy is the lone unbeaten team in conference play and have won seven straight with four sweeps in succession. Lehigh recently lost to American, but overall are winners of nine of 10.