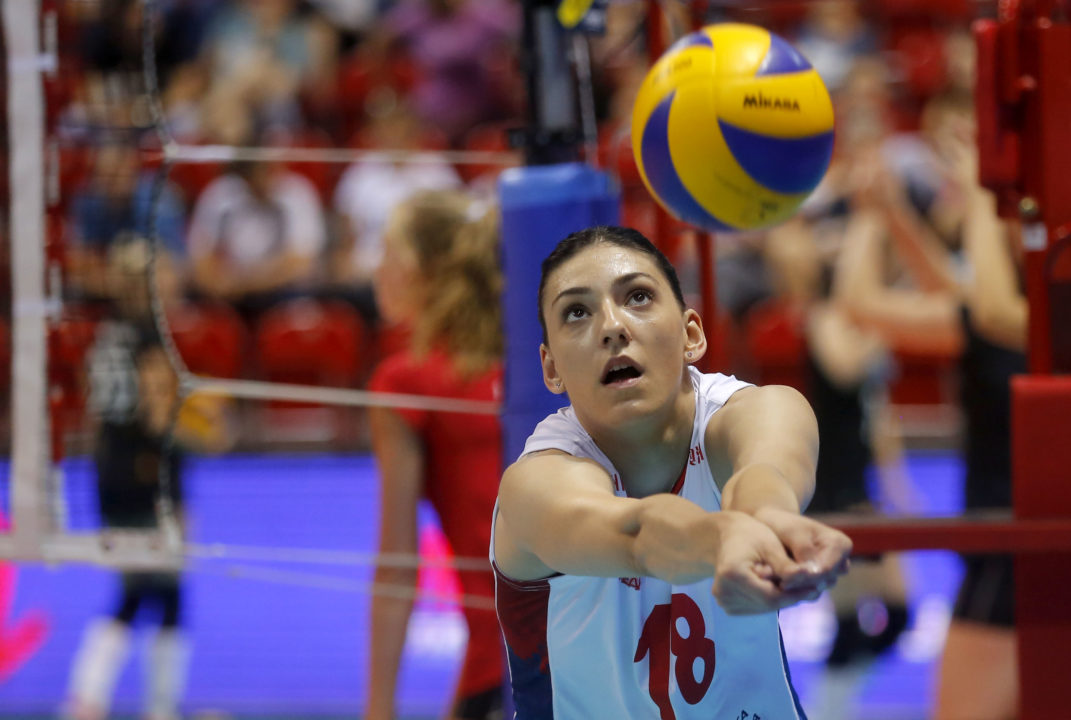 Tijana Boskovic looked ready to roll for Serbia with 24 points as they prepare for the FIVB World Championship. Archive Photo via FIVB

For Mexico, who will also be appearing in the tournament, Melanie Parra (11 points) and former NCAA National Player of the Year Samantha Bricio (8 points) led the scoring. Parra had the most kills (10) while Bricio provided the aces (3). Outside of those two though, everyone else scored just 8 points combined for Mexico.

Neither Serbia or Japan has ever won the FIVB World Championship, which started back in 1952 and has taken place once every four years. In fact, Serbia is the only one to ever earn a top three finish, which they did in 2006 as the bronze medalists.

Additionally, Serbia sits at third in the FIVB World Rankings, while Mexico is 26th – although those rankings have not been updated since August of 2017.

The 2018 FIVB World Championship will take place in Japan and spans from September 29 to October 20. Mexico is in Pool A while Serbia is in Pool D – each pool consists of six teams for a total for 24 nations present.