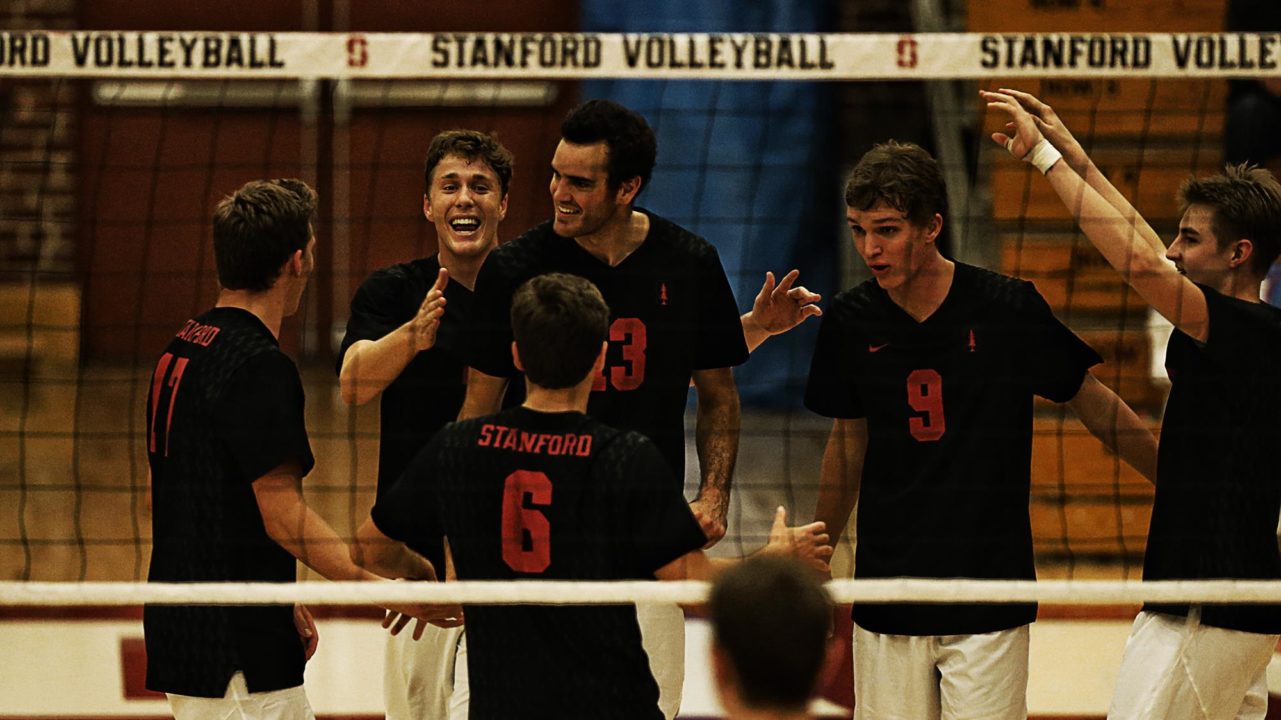 #6 Stanford took care of business in their final exhibition tune-up as they prepare for the 2018 regular season. Archive Photo via Al Chang/Stanford Athletics

STANFORD, CALIFORNIA – For the second straight time, the Stanford Men’s Volleyball team took care of Calgary in four sets. This second one represented the final exhibition tune-up for the Cardinal, as they look forward to the regular season on Friday.

That final tune-up looked like a mid-season match for Eric Beatty, who notched 19 kills while hitting .500. He also totaled four digs, three blocks and two aces in the match, but will look to improve on serve reception after suffering five reception errors.

2017 AVCA All-America Honorable Mention choice Kevin Rakestraw was also impressive, recording 13 kills while hitting .478 to go with three blocks out of the middle. Their other honorees from last season were Evan Enriques, who totaled five digs and four assists, along with Jordan Ewert (2017 All-MPSF Honorable Mention), who did not play in the match.

The next step for Stanford is heading into the regular season portion of the schedule where they will match up at the UCSB Asics Invitational. They’ll take on (RV) Saint Francis and #15 Princeton on Friday, with a road test at #18 UC Santa Barbara on Saturday.

STANFORD, Calif. – Behind 19 kills from Eric Beatty, the No. 8 Stanford men’s volleyball team defeated Calgary for the second time in four days in an exhibition match at Burnham Pavilion.

Sophomore Jacob Thoenen was impressive from the service line, rallying the team back from a deficit late in the third period to a 25-22 victory.

Alex Bader had 12 kills and seven digs to lead Calgary.

Stanford officially opens the 2018 season on Friday at the UCSB Asics Invitational in Santa Barbara. The Cardinal will face Saint Francis at 10 a.m. and Princeton at 8 p.m.