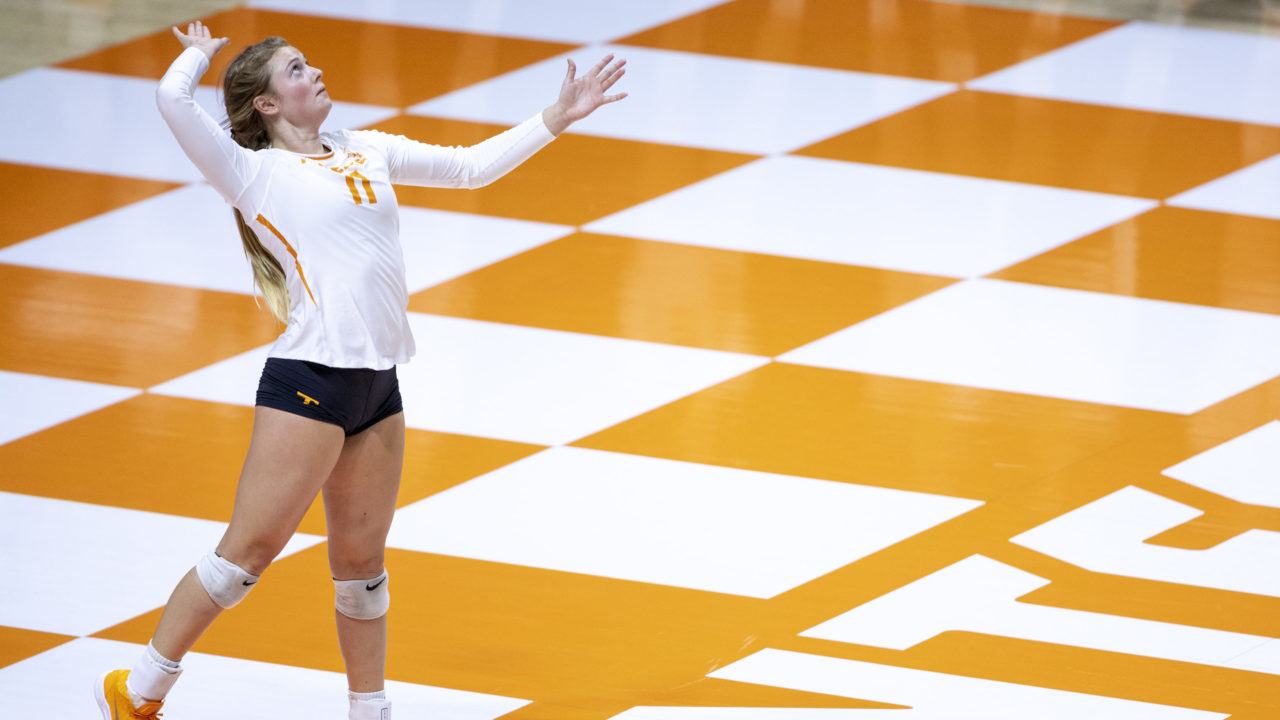 Lady Vols played their way to back-to-back sweeps Saturday and are off to a 3-0 start to the 2018 campaign, while the Spartans notch a pair of wins to hit the reset button. Current Photo via Tennessee Athletics

The Spartans overcame a first set loss to come out on top with a 4-set victory Saturday in Thompson-Boling Arena. It marked the first win of the 2018 for Michigan State.

Chattanooga led by as much as 7 and staved off a late Michigan State run to register a 25-21 game one win. The Mocs kept the Spartans off balance, holding their offense at bay at a .088 attack percentage.

The second set was a battle, with errors proving to be the difference, including four late service errors by the Mocs. The Spartans fought through their .054 attack percentage, scoring the final 9 points of the set for the, 25-23 win.

Michigan State grabbed the momentum in the third set to take a 10-point lead, spurred by three service aces by junior Maggie Midgette. The Spartans never looked back, taking a 2-1 match advantage with a 25-16 set three win.

The Spartans were in control in the fourth set, posting a strong .478 attack percentage to close out the match in 4, 25-15.

MSU evened it’s record at 1-1 this morning with a hard-fought 3-1 win over Chattanooga. pic.twitter.com/nkLGpbhklR

Sophomore Meredith Norris led the Spartans with 12 kills and added 11 digs for her first career double-double. Joining her in double-figures was sophomore Alyssa Chronowski, who put down 10 kills and hit a team-best .381. Midgette dished out a team-high 23 assists and served up 5 aces in the match, playing the final three sets.

The Lady Vols swept past Belmont for a 2-0 start on Saturday inside Thompson-Boling Arena. Tennessee was dominant in the match, hitting .273 to Belmont’s .000 and registering 10 blocks.

Junior Tessa Grubbs led the way with 15 kills for the Lady Vols, followed by senior Erica Treiber (8) and sophomore Addisyn Rowe (7) who hit .538 and .500, respectively, in the match. Junior Sedona Hansen distributed a team-high 19 assists and 11 digs for a double-double.

Michigan State disrupted Belmont’s offense, causing the Bruins to hit negatively in the second (-.133) and fourth sets (-.091), to secure its second victory of the day at the Tennessee Classic. On the match, the Spartans posted a season-best .244 attack percentage to the Bruins’ .086.

Start off this Sunday with the highlights of our win over Belmont last night in Knoxville! pic.twitter.com/kK8WtHibyp

After Michigan State registered strong wins in the first and second sets, Belmont edged the Spartans to force a fourth set with a 27-25 game three win. In the fourth set, the Spartans led by as much as 15 and hit .346 to notch the 25-10 finale.

Tennessee cruised past Chattanooga for its second-straight 3-0 victory of the day inside Thompson-Boling Arena. The Lady Vols hit .386 on the match, while holding the Mocs to a dismal .090 percentage.