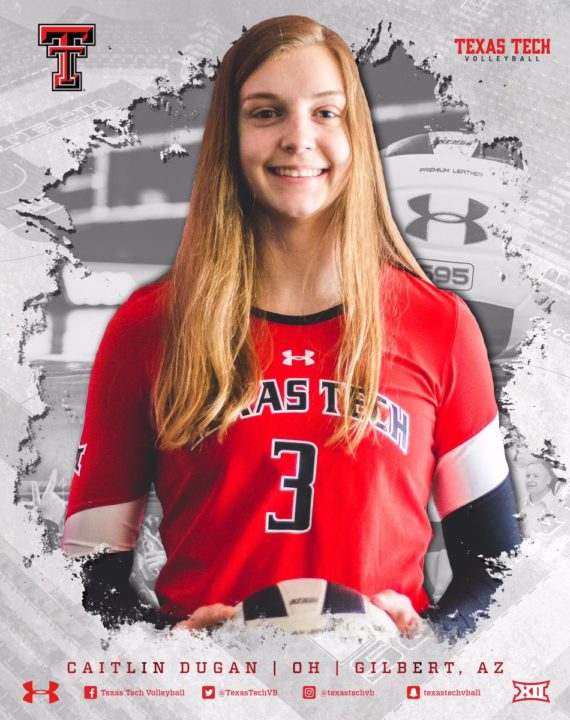 Class of 2019 recruit Caitlin Dugan has committed to the Texas Tech women’s indoor volleyball program. A 6’1″ outside hitter and right side, the Arizona native will join the Lady Raiders for fall of 2019 season.

On the club side of things, Dugan plays with the Arizona East Valley Juniors – specifically the 17N1 team. Video of some of her play from last year can be seen below:

The Lady Raiders are coming off of a 19-15 season in which they went 4-12 playing in the Big 12 and made the NIVC Tournament finals in the postseason. They have a combination of seven outside hitters and opposites for 2018, with one senior set to graduate prior to Dugan’s arrival.

The commitment also adds to a couple of other future recruits for Texas Tech that have been archived in the VolleyMob database in class of 2020 commits Madalyn O’Brien and Mackenzie Morgan.