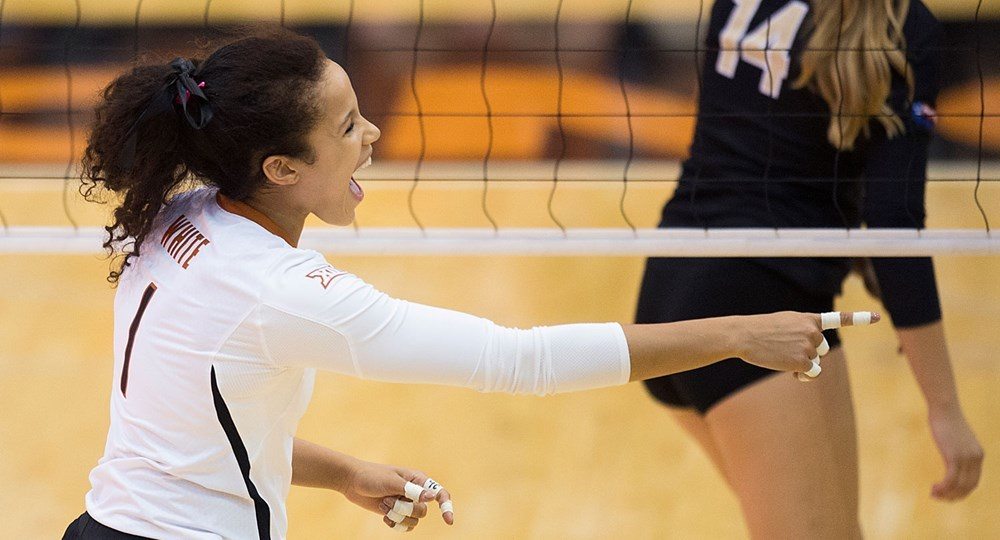 Micaya White is the 2018 Big 12 Preseason Player of the Year as she leads a list filled with Burnt Orange. Archive Photo via Texas Athletics

The Texas Longhorns have been the majority winner of the Big 12 since Nebraska has left the league, and it shows once again in the preseason awards for the 2018 season. Leading into the list of preseason All-Big 12 honorees are the two awards, which both are going to the Longhorns.

Leading the charge is junior outside hitter Micaya White, who earns Big 12 Preseason Player of the Year after she was All-Big 12 First Team in both 2016 and 2017. She was also just one of three players voted as a unanimous choice.

The other Longhorn awardee outside of the list is Preseason Freshman of the Year Logan Eggleston, who just starred for Team USA in the NORCECA U20 Continental Championship and graduated early to join the collegiate ranks.

The players who made the team without playing for their school are RS/S Gabby Simpson – who transferred in and redshirted in 2017 out of Colorado – and S Kylee McLaughlin – who also comes out of the Pac-12 as a transfer from Oregon State.

The full list of award winners and Preseason All-Big 12 selections can be seen below: