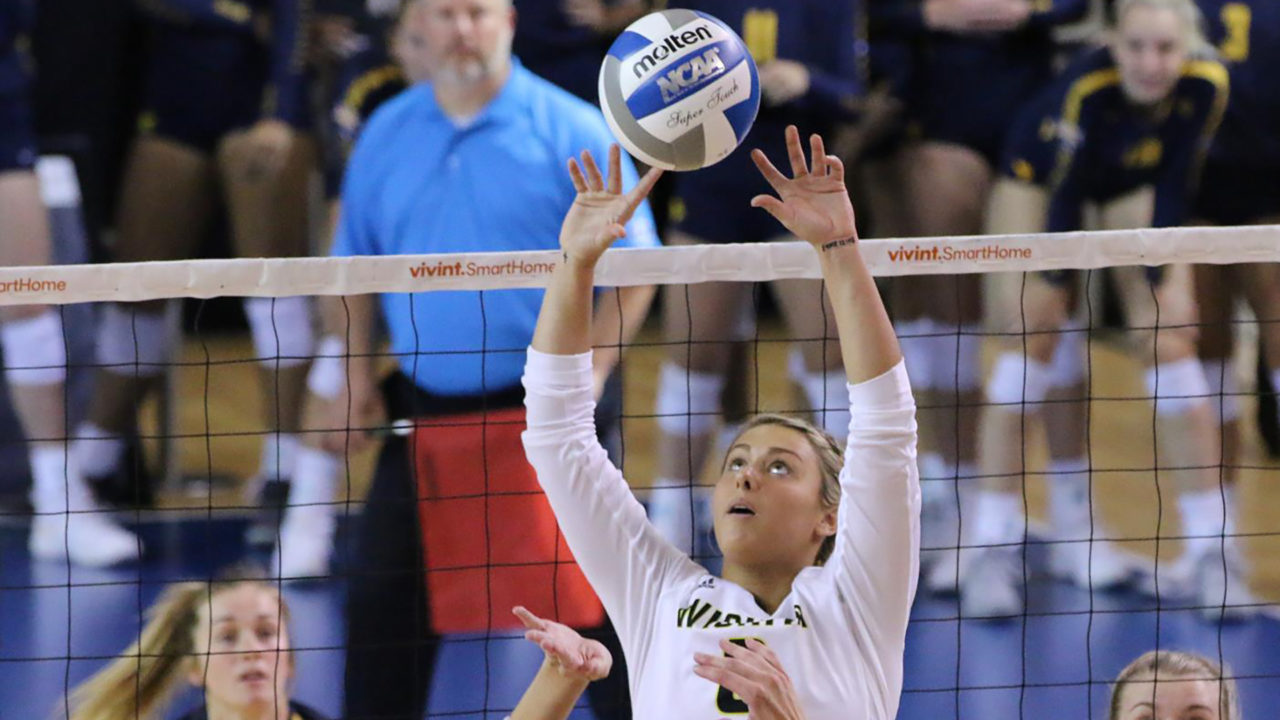 Wichita State, the defending American Athletic Conference champions, are going through some bumps and bruises to say the least right now. One of their setters and assist-leader Kali Eaken is likely out for the season, while their top point scorer and attacker, Megan Taflinger, is nursing an injury that results in her being day-to-day.

Eaken, a 5’10” fifth-year senior setter, suffered a knee injury in the team’s sweep of East Carolina on October 12. She missed the team’s five-set loss to (RV) Cincinnati.

According to The Sunflower, Wichita State head coach Chris Lamb said the following on his weekly coach’s show:

“I feel confident in saying that we’re not expecting to have her back.”

A former attendee of Bishop Miege High School in Kansas City, Eaken initially attended Kansas State before transferring to Louisville. She played three seasons with the Cardinals, including as a redshirt sophomore in 2016 when she led the team in assists. This season she had recorded 452 assists (6.95 per set), 100 digs (1.54 per set), 20 kills (0.31 per set) on a .341 clip and 15 aces (0.23 per set).

In the absence of the pair, Wichita State has redshirt freshman Kora Kauling (4.92 assists per set) to take over in more of a 5-1 as opposed to the 6-2. She had 51 assists against Cincinnati. They’ve also got Emma Wright returning from injury pitching in nicely in the front, while the spot left by Taflinger hasn’t totally been figured out.

The Shockers are 9-9 so far this season and 4-3 in the AAC as they come in at #30 in the latest RPI ratings. Their season continues on Friday as they travel to Texas to face SMU before a meeting with Houston on Sunday.