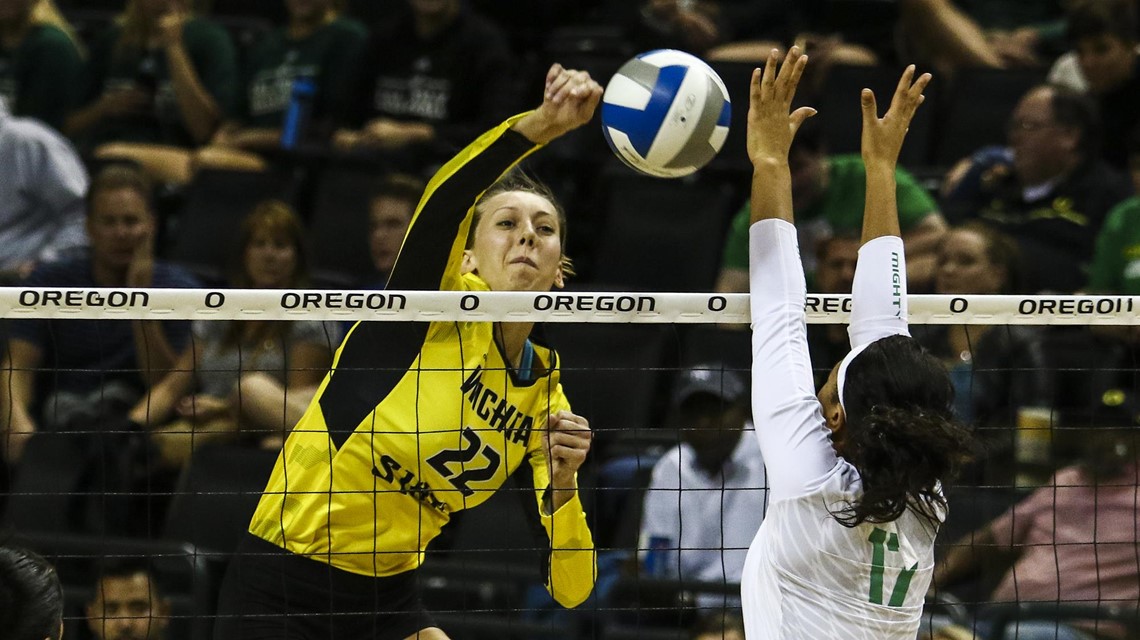 Senior middle blocker Abbie Lehman did plenty for Wichita State’s offense in earning recognition as she hit at an astounding efficiency of .517 while also collecting volume with 5.83 kills and 6.33 points per set. Those numbers came over two matches as she posted 18 kills against Cincinnati and then 17 against East Carolina as the Shockers are now 10-0 in conference play and ranked #24 in the latest VolleyMob Top 25.

While Lehman specialized in terminating, Temple junior libero Mia Heirakuji was keeping opponent’s shots off the court. In fact, she averaged a whopping 6.00 digs per set (48 total sets) and didn’t commit any reception errors. Her performance loomed large for the Owls too as they defeated Tulsa and SMU, with the ladder moving Temple into a second-place tie with the Mustangs.

Beyond the two main winners, five other athletes were named to the weekly honor roll, which you can see below via the American Athletic Conference: