10 Volleyballers Who Did Halloween Hard 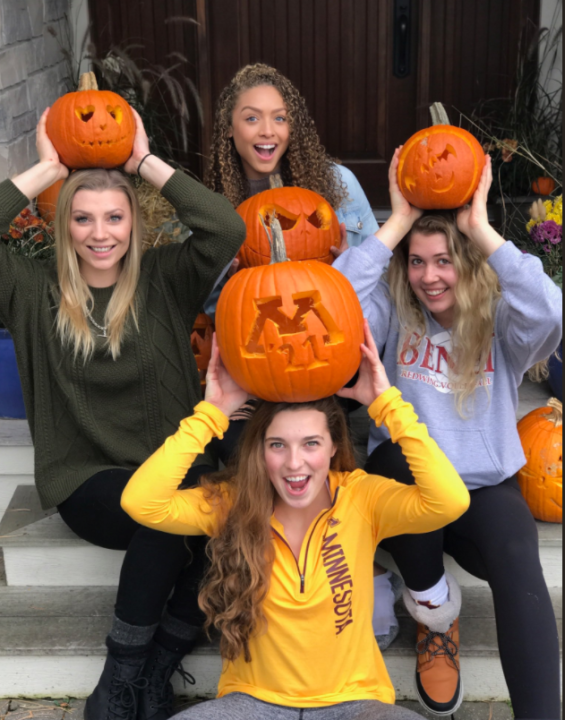 It's finally Halloween and the volleyball world was ready to show off their spooky costumes, pumpkins and other Halloween fun. Current Photo via Minnesota Athletics

It’s finally Halloween and the volleyball world was ready to show off their spooky costumes, pumpkins and other Halloween fun. Scroll down to see the top-10 volleyball Halloween social media posts.

This thread from the Nebraska Cornhusker athletics page was clutch in the wake of Halloween. The Husker Volleyball Twitter page tweeted out their interpretation of E.T. featuring Big Red.

…And whosoever shall be found
Without the soul for getting down
Must stand and face the hounds of hell
And rot inside a corpse’s shell… pic.twitter.com/PwYBEDX9R0

Miami (OH) brought their A-game on the eve of Halloween with a costume practice.

The Gophers took time out of their Sunday to head over the head coach, Hugh McCutcheon’s house to carve some festive Halloween pumpkins.

Some of our #Gophers spent their Sunday at the McCutcheon house carving pumpkins. Happy Halloween from Gopher Volleyball! ??? pic.twitter.com/1xBhJOGfQt

The Basha High School volleyball team gets goofy with their costumes.

This adorable girl is rocking a WKU volleyball outfit to showcase her love for the squad on Halloween.

Chattanooga getting creative with the classic Pac-Man costume.

Doherty is having some fun with their Halloween practice by playing some blind dodgeball.

Want to take a guess at your favorite Mizzou volleyballers in their childhood Halloween costumes?

Can you name these current Tigers from their trick-or-treating glory days? pic.twitter.com/Jiuer5yLbv