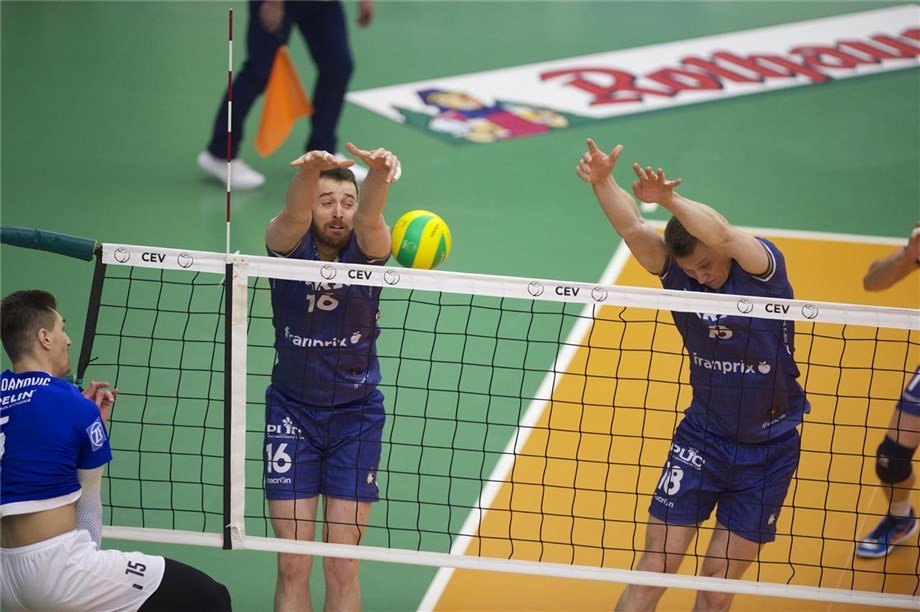 The first round of the European Men’s Champions League concluded with a number of team vying for a ticket to... Current Photo via FIVB

The first round of the European Men’s Champions League concluded with a number of team vying for a ticket to the 2017 FIVB Volleyball Men’s Club World Championship in December and the ultimate continental club title.

Italy’s Sir Sicoma Colussi Perugia have directly been sent to the final four as hosts of the event that will take place in Rome’s Palalottomaticia.

In a must win situation for both teams, Poland’s PGE Skra Belchatow took out Universitatea Craiova of Romania in a three set sweep 3-0, (25-23, 25-18, 25-14). Belchatow was led by Mariusz Wlazly with 15 points while Srecko Lisinac and Bartosz Kurek each added 13 to help propel the team to victory.

The first phase of the playoffs with be on March 15 and 22. There will be a drawing of lots on Friday at the European Volleyball Confederation headquarters to determine the pairings for the tournament.